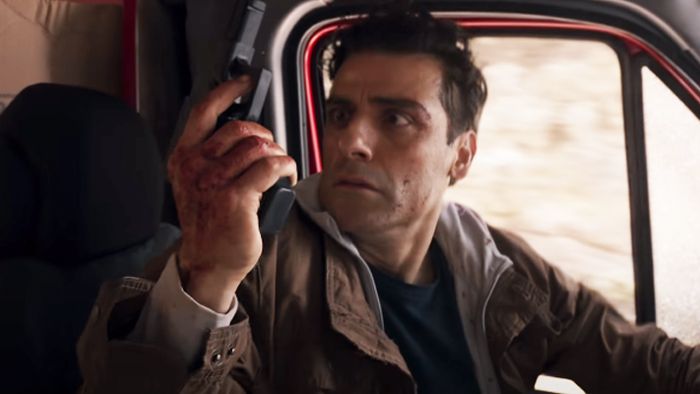 Marvel Studios’ newest original series on Disney+, Moon Knight, has been keeping fans on their toes. The story is structured around the different alters of Marc Specter and Steven Grant (Oscar Isaac) and the confusion that comes from their Dissociative Identity Disorders. And while Marvel was recently called out for using poor Mandarin in Moon Knight, it does look like they took time to put actual Egyptian hieroglyphs on the mysterious scarab that Marc Spector and Arthur Harrow (Ethan Hawke) were searching for. And real Egyptologists have translated what it means.

In a video posted by New Rockstars, host Erik Voss breaks down what the team of Egyptologists, including Dr. Dan Potter, curator of the National Museums Scotland, who tweeted what he figured out. Dr. Ken Griffin of the Egypt Centre in Wales finished the translation of the Scarab, which reads roughly:

“O Khepri, amid his boat, primeval one, whose corporeality is infinity or eternity, may you rescue Osiris Amenhotep, true of voice.”

Khepri is an Egyptian God represented by a beetle and is closely associated with Sun God. In Egyptian mythology, Khepri would roll the sun into the sky to the underworld, much like how dung beetles roll dung in the desert. And the passage inscribed on the scarab is taken from the Egyptian Book of the Dead, Chapter 17.

Erik Voss posits that this could be a big clue to how Moon Knight will end. The otherworld was mentioned by Steven Grant in the first episode to a young girl, who asked him, “Did it suck for you? Getting rejected from the field of reeds?” To which Steven said, “That doesn’t make sense. I’m dead, am I?” before becoming confused and asking himself, “Am I?”

Voss suggests that the whole show is an allegory for Steven’s passage through the underworld. His clues include the Egyptian boat in Gus’s fish tank resembling a ship stuck in the reads on the way to the underworld. In the same scene, Marc’s reflection is trapped in the fish tank with the boat.

Related: Marvel’s Strongest Avenger May Have Been Confirmed

Marvel fans know that even though Moon Knight has not shown it yet, Khonshu (voiced by F. Murray Abraham) met Marc Spector when he died at his statue and resurrected him. Ammit’s powers are the same purple magic as the Heart-Shaped Herb that took T’Challa/Black Panther (Chadwick Boseman) to Wakanda’s ancestral plane.

And other trailers for Moon Knight have revealed that more of that purple magic is to come. So, the show could take him back to the underworld of the Marvel Cinematic Universe.

The following six-episode series, directed by Mohamed Diab, is halfway through its season and will drop new episodes on Wednesdays. The official description of the series from Marvel reads: