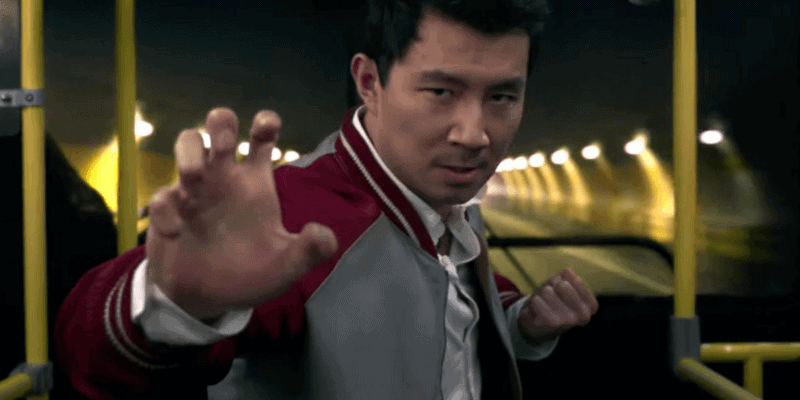 Simu Liu is Marvel Studios’ latest star and is not shy about using his social media platform to speak out when he thinks that Marvel can do better. Simu Liu played the lead in Shang-Chi and the Legend of the Ten Rings (2021) and since then he has refused to sign offensive Shang-Chi comic books. The first Asian superhero in the Marvel Cinematic Universe has clearly been keeping up with MCU on Disney+ was surprised by something he caught in the latest episode of Moon Knight, starring Oscar Isaac as Marc Spector/Steven Grant/Moon Knight. Moon Knight has already had its fair share of controversy as it introduced the MCU’s first Jewish Avenger and referenced the Armenian Genocide.

In Moon Knight episode two “Summon the Suit”, when Steven Grant is talking with Arthur Harrow (Ethan Hawke) they are stopped by a young girl named Jamila (Miriam Nyarko) and they speak in Mandarin to each other. Harrow says that each member of his cult of Ammit strives to learn three languages and according to actual Mandarin speakers, Harrow needs to keep working on his Mandarin.

Simu Liu called Marvel out for what others have said is basically gibberish, saying:

The exchange is not subtitled, and the closed captioning only says they are “speaking in Mandarin,” so there is no translation provided for non-Mandarin speakers. But other fans have attempted to translate the words based on the Chinese subtitles:

Ben Kuo did his better to give fans what Marvel might have been going for in the exchange by saying:

“I applaud the person who did the Chinese subtitles, with them I would have never figured out what they are saying. In short, he said what are you doing? I’ll play you. She responded you’ll still gonna lose. He replied you’re going down [sic: Jamila], you’re going down.”

“Aside from the pronunciation, the wording is also very weird, I translated it so that it made sense, but if you want the exact translation [Arthur]: what are you doing? I’ll fight/compete against you. [J Jamila],: you’re still gonna lose. [Arthur]: you’re dead, Jamila, you’re dead.”

I applaud the person who did the Chinese subtitles, with them I would have never figure out what they are saying.
In short, he said what are you doing? I'll play you.
She responded you'll still gonna lose
He replied you're going down Kamila, you're going down pic.twitter.com/i3uo9CbLVj

Related: Marvel’s Strongest Avenger May Have Been Confirmed

Marvel fans hardly expect Ethan Hawke to become fluent in Mandarin for one line in Moon Knight. Mandarin is an incredibly difficult language to learn for native English speakers. However, beyond just a bad pronunciation fans have pointed out when translated it makes no sense. And the lack of English subtitles beyond “speaking Mandarin” makes the language, spoken by 1,117 million people worldwide, a mere prop, that Marvel did not bother to get right.

This is why fans like Justin Huang have said these lines in Moon Knight were “low key racist.” This is after Marvel Studios proved they have someone on the team who can speak Mandarin with whole scenes in Shang-Chi being in Mandarin.

The following six-episode series, directed by Mohamed Diab, is halfway through its season and will drop new episodes on Wednesdays. The official description of the series from Marvel reads: