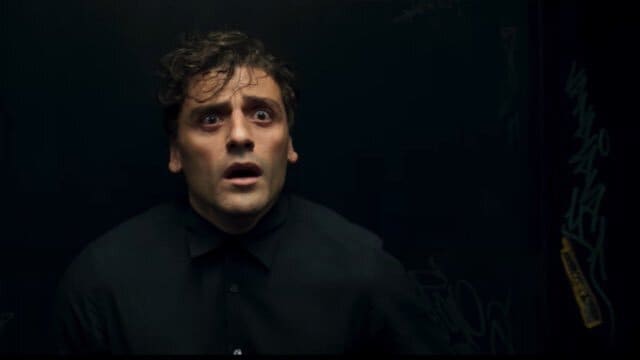 Star Wars’ Oscar Isaac has finally debuted in the Marvel Cinematic Universe as Marc Spector/Steven Grant/Moon Knight. Moon Knight has only released the first of its six episodes onto Disney+, and fans already have complaints. Some include Oscar Isaac’s hopefully intentionally bad English accent and the controversy over whether the MCU would acknowledge Marc Spector’s Jewish heritage. Now, Moon Knight is being review bombed by fans who have accused the show of promoting propaganda.

Moon Knight episode one, “The Goldfish Problem,” introduced Marvel fans to Steven Grant, a museum gift shop employee who has been blacking out and losing time. For those who are not aware, Steven Grant is an alter of Marc Spector, who has Dissociative Identity Disorder. In this episode, Steven met Marc for the first time and heard the voice of Khonshu (voiced by F. Murray Abraham), the Egyptian god of the moon, who chose Marc to become the Fist of Khonshu, or Moon Knight, as lives inside his head.

Steven was also confronted by Arthur Harrow (Ethan Hawke), who is the leader of the cult of Ammit, an Egyptian goddess who devours the souls of the unworthy. Arthur recalls the sins of humanity to Steven, which includes a mention of the Armenian Genocide. This has caused people who deny that the genocide occurred to go to Moon Knight’s IMDb page to tank the ranking with a barrage of negative reviews.

Moon Knight had a rating of 9.1/10 but dropped to 7.3/10 overnight. News began to spread that the latest Marvel original series acknowledged the Armenian Genocide, a real-world event that the Turkish government fervently denies. It is currently illegal in Turkey to mention the Armenian Genocide. In 1915-1916, during World War I, the Committee of Union and Progress of the Ottoman Empire forced Armenians into death marches across the Syrian Desert without supplies. It is estimated that between 600,000 and 1.5 million Armenians were killed.

“The single line in Moon Knight, has received a lot of backlash online by people who deny that the events of the Armenian Genocide. The reviews claim that there was a political agenda behind including this reference. Nowadays US film industry likes to pump false historical information about the fake “armenian genocide” b*…t. Obviously armenian lobby works hard and influences these false information all over the world. This title is another piece of this lobbying effort, nothing more. Strong thumbs down! You can even see brainwashed morons here still trying to pump this false info here. We are living in the lands of where this so called “genocide”, there are tons of objective resources in the net, which proves the facts, yet they still choose to show this stupidity for the sake of their lobbies.”

Moon Knight’s first episode is currently streaming on Disney+. The following five episodes, directed by Mohamed Diab, will drop Wednesdays. The official description of the series from Marvel reads: