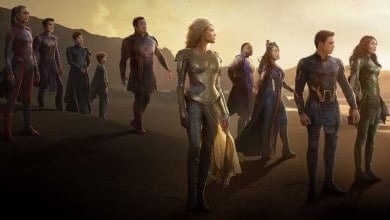 Barry Keoghan may have just blown his chances with Marvel after his recent altercation in Dublin.

The Irish actor has been making his name known in the movie industry as the actor has starred as Druig in Eternals (2020) and also had a minor, but pivotal role as Joker in Robert Pattinson’s The Batman (2022).  Now it seems that the actor may have ruined his career after being arrested last week.

According to UK-based Metro, the actor was arrested after causing a scene on April 10 after a resident called the police on him. The police found the 29-year-old intoxicated, but the actor wasn’t violent or harming anyone. Later on, the Irish police issued a statement detailing the incident:

“Gardaí arrested a man in his 20s for a public order incident that occurred in Clongriffin, at approximately 6:45 a.m., Sunday 10th April 2022. He was later released without charge and issued with an FCN (fixed charge notice).”

While this may seem like a minor incident compared to Ezra Miller’s recent altercation, Disney isn’t a big fan of actors facing legal trouble as it can hurt their “family-friendly” image. Since Keoghan plays one of the Eternals, it’s likely the actor could return, but Disney may decide to drop the actor. It wouldn’t be hard to have the actor be killed off by Arishem as the MCU is known to not stay faithful to the comics.

Keoghan’s incident won’t be making Warner Bros. happy since the company has had several actors with legal trouble recently such as Johnny Depp and Amber Heard, Ezra Miller, and now Keoghan to add to their worries. The actor teased a large role in Matt Reeve’s Batman universe as a new iteration of the iconic Joker which has fans excited to see more of the character, but it’s possible that Keoghan’s tease could just be that after this incident.

Fans will have to wait and see how this incident will affect the actor, but if he was to return to Marvel, fans can expect him to return in a sequel for Eternals whenever Marvel decides to make one. Right now, Eternals isn’t confirmed to return to the Marvel Cinematic Universe, that doesn’t mean Marvel won’t announce one soon.

Do you think Barry Keoghan will return to the MCU? Let us know what you think!