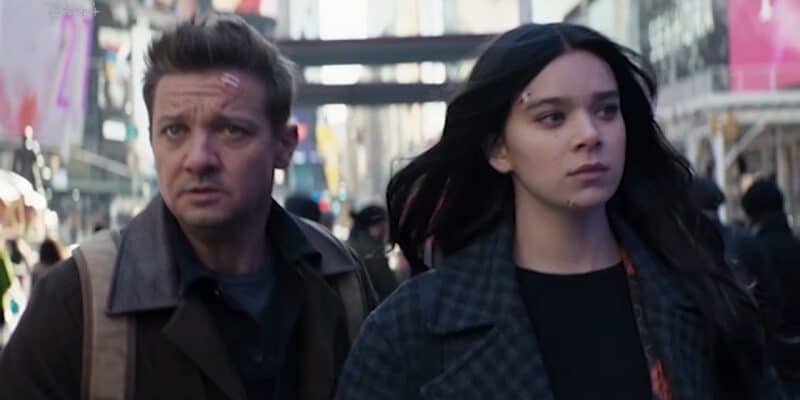 Kevin Feige’s Marvel Studios has a long and complicated history of changing plans, but that doesn’t seem to be the case in Jeremy Renner’s Hawkeye series.

In a recent announcement, Marvel has quietly confirmed the fate of the acclaimed Avenger-led television show.

Marvel Phase Four has issued a lot of firsts for the superhero studio. What began with Jon Favreau’s Iron Man (2008) has exploded into a behemoth blockbuster franchise spanning big and small screens. It was last year that Feige’s Marvel Cinematic Universe officially transitioned into streaming Original series with the release of WandaVision on Disney+. The Marvel studio that was once exclusively restricted to movie theaters now allowed fans to experience the MCU in new and interesting ways.

The Falcon and the Winter Soldier quickly followed WandaVision, with Anthony Mackie’s Sam Wilson shedding his feathers as Falcon and becoming the new Captain America, taking the mantle that Steve Rogers (Chris Evans) left behind. Then came Loki, the MCU’s biggest streaming release to date, with Tom Hiddleston (Loki) and Sophia Di Martino (Sylvie) taking viewers across the Multiverse and introducing the Sacred Timeline.

Marvel had another first when Summer came around. The first animated canon television series debuted and while What If…? seemed like a filler at first, as the episodes continued, it may just be the key to the MCU’s entire future.

November brought Jeremy Renner back into the fold as Clint Barton/Hawkeye. This is the first time fans have seen Hawkeye since the devastating events of Avengers: Endgame (2019) — Black Widow (2021) aside — and, along with Hailee Steinfeld’s debut as Kate Bishop, the series drew acclaim from fans and critics alike as Hawkeye explored Barton’s Ronin persona amid Christmas season in New York City.

But, what about a Season 2?

Hawkeye Season 1 seemingly left off in a place where the story of the Avenger could continue, it even debuted Vincent D’Onofrio’s Wilson Fisk/Kingpin in the MCU, but it would seem Marvel has decided the fate of the series with a recent Emmys announcement.

After initial plans to submit it in limited series, Variety has learned exclusively that “Loki” will seek Emmy love in the drama categories.

Disney’s original plan was to submit the third MCU TV series in the limited series field alongside its other MCU counterparts “Hawkeye” with Jeremy Renner and “Moon Knight” with Oscar Isaac. But, unfortunately, that’s not so simple because of “Loki’s” post-credits scene in the final episode that reads: “Loki will return in season 2.”

From creator Jonathan Igla, and Rhys Thomas, who led the directing team, Hawkeye was always pitched as a limited series, but, many of the other Marvel Phase Four TV shows were also. As the report notes, Loki was going to be submitted in the Limited Series category, but that post-credits scene signaling a second season for the popular show eradicated that possibility. Likewise, last year Marvel Studios opted to submit The Falcon and the Winter Soldier as Drama Series, despite it not having yet received an order for a sophomore season.

It was recently confirmed, although not surprising considering her next appearance as Scarlet Witch in Doctor Strange in the Multiverse of Madness (2022), that WandaVision was one and done. Michael Waldron and Kate Herron’s Loki was seemingly the same until the development of the series proved there was more to Loki than first thought (isn’t there always?).

In a similar vein, Mackie and Sebastian Stan’s The Falcon and the Winter Soldier could have been moved to Drama Series in 2021 to avoid competing with WandaVision, or it is more likely that Feige’s team wants to tell more of the buddy-cop-style story before Captain America 4 releases some time in the future.

That being said, Hawkeye fans will likely not see a second season of the Marvel Comics action-drama, but a spinoff series, Echo, was already confirmed a while ago. Native American Deaf actress, Alaqua Cox, brought Maya Lopez AKA Echo to the MCU and will continue her story in this self-titled series, most likely releasing in 2023. It is rumored that D’Onofrio and Charlie Cox (Matt Murdock/Daredevil) will star alongside Cox.

Were you hoping for a second season of Hawkeye? Let us know in the comments down below!