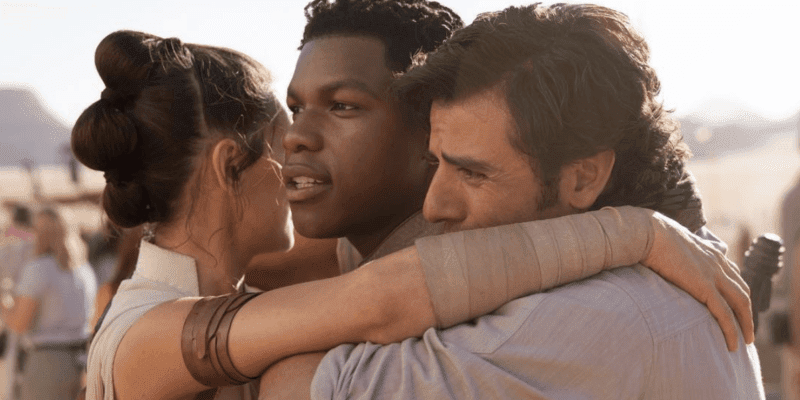 When The Walt Disney Company purchased Lucasfilm, Ltd. from George Lucas in 2012, then-CEO Bob Iger and the rest of the Disney executive board could not have known what was in store for the Star Wars franchise — and they certainly couldn’t have guessed that the saviors of the Star Wars universe would be Din Djarin (Pedro Pascal) and Grogu in The Mandalorian and not the company’s Skywalker Saga sequel trilogy.

For over four decades, since the release of Star Wars: Episode IV – A New Hope (1977), the Star Wars story has primarily relied on movies to tell its tale, so it’s not shocking that Disney expected the sequels to be a smash hit.

George Lucas released his original trilogy and prequel trilogy, and then the sequel trilogy launched with Star Wars: Episode VII – The Force Awakens (2015).

Set approximately 25 years after Star Wars: Episode VI – Return of the Jedi (1983) in the Star Wars timeline, the film launched a divisive trio of movies.

Some found the story in The Force Awakens, Star Wars: Episode VIII – The Last Jedi (2017), and Star Wars: Episode IX – The Rise of Skywalker (2019) to be stale and too reliant on nostalgia. Others thought the main characters — Rey (Daisy Ridley), Finn (John Boyega), and Poe Dameron (Oscar Isaac) — were much too similar to the original trilogy’s core trio of Luke Skywalker (Mark Hamill), Princess Leia (Carrie Fisher), and Han Solo (Harrison Ford).

Not everyone, however, disliked the controversial sequels and, now, some Star Wars fans have taken to social media to share what they actually like about the films.

The conversation started when Reddit user StyleAlert7311 asked, “Despite the amount of hate the sequels have received what were some aspects/things you liked about it?”

I liked the idea that Palpy left a ton of relics and knowledge and had a million different plans and contingencies. But it’s bringing him back with a decaying body that kinda ruined it. If he had to recover then battle a new light-side empire or something, I would have been down

Simbadog15 was complimentary toward the cast and the VFX department, noting:

I would be so interested to see the writing drafts for these characters, and where actually competent writers and not directors wanted to take the story

While no projects have been officially confirmed at this time, rumors have swirled that John Boyega may make a shocking return to the Star Wars franchise in a prequel series about his time as a stormtrooper.

What is something you like about Disney’s sequel trilogy?