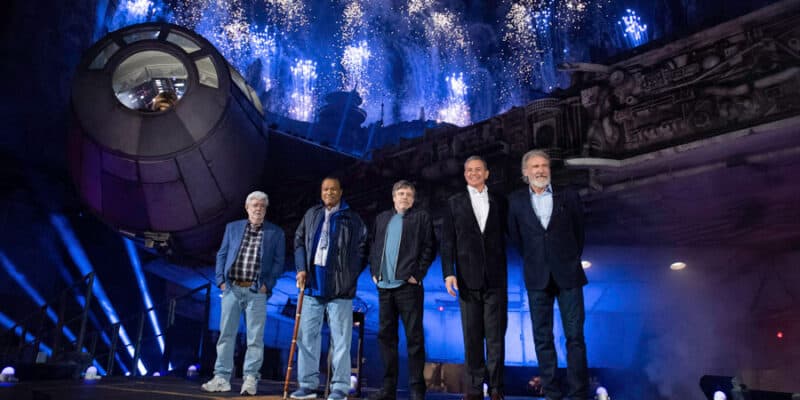 When you think of two people who would be commenting on one another’s social media posts, Walt Disney Company Executive Chairman Bob Iger and Tesla and SpaceX founder Elon Musk might not immediately come to mind.

Related: In His Own Words: George Lucas FINALLY Shares Why He Sold ‘Star Wars‘

And, yet, Iger — who also served as Disney CEO for 15 years, until current Walt Disney Company CEO Bob Chapek took over just before the COVID-19 pandemic in 2020 — recently hilariously responded to a Star Wars meme that Musk shared on his Twitter account.

The meme featured a baby stormtrooper running to its parent and being lifted in the air, Simba-style. The caption on the graphic reads:

Musk answered Iger, noting that he is enjoying watching Dave Filoni’s latest animated series, Star Wars: The Clone Wars spinoff Star Wars: The Bad Batch, on the Disney+ streaming platform — although we’re not sure his little one with singer Grimes, 1-year-old X, can fully grasp the intricacies of the post-Order 66 Star Wars galaxy just yet:

While Musk is a known Star Wars fan — a Grogu (AKA “Baby Yoda”) toy once even stowed away on a SpaceX mission — Iger’s connection to the Star Wars franchise is, of course, even stronger. He was the sitting Disney CEO in 2012 when the company purchased Lucasfilm, Ltd. from George Lucas for $4 billion.

Furthermore, he was at the helm of the company throughout the entire sequel trilogy era.

Iger, who is set to leave his post as Disney Executive Chairman at the end of 2021, recently told Deadline:

What do you think about this amusing social media interaction between Bob Iger and Elon Musk?