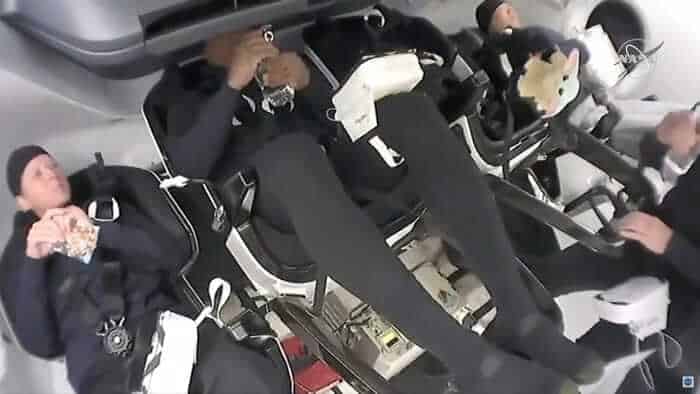 SpaceX and NASA launched four astronauts into space; a journey lasting 6 months which is the longest human space flight in history by an American space capsule carrying a crew. The flight exceeded the prior record of 84 days set by the Apollo capsule in 1974.

If you are going to be in space that long, you need to make your own entertainment. And, that is exactly what the astronauts did! Onboard to serve as the zero-gravity indicator, a small plush Baby Yoda toy can be seen flying around the cabin of the Dragon rocket.

Here is a video of the crew, and near the end, you can catch a glimpse of the Baby Yoda enjoying his space flight!

🥺🥺 The Zero-G indicator inside the @SpaceX Dragon Capsule is Baby Yoda! pic.twitter.com/VpgqYwxqjC

The astronauts are quoted as saying this about Baby Yoda during the Livestream:

“We’ve got Baby Yoda on board trying to take a seat right now,” NASA communications specialist Leah Cheshier said in the agency’s livestream of the mission.

Apparently, bringing a toy as a zero-gravity indicator has become a tradition. Previous flights had a sequined dinosaur, and an earth-shaped toy named “Buddy”.

However, thanks to the overwhelming popularity of the Disney+ series, The Mandalorian, we are sure it was an easy choice what toy to pick for this flight.

Related: Lucasfilm Exec. Explains Why Baby Yoda Ate the Eggs- And it May Surprise You!

And, now the crew has Baby Yoda to eat any little space creatures they may encounter!

For those on this mission to space — American astronauts Mike Hopkins, Victor Glover, Shannon Walker, and the Japanese Aerospace Exploration Agency’s Soichi Noguchi — may the Force be with you!

What do you think of Baby Yoda on his mission into space? Let us know in the comments!