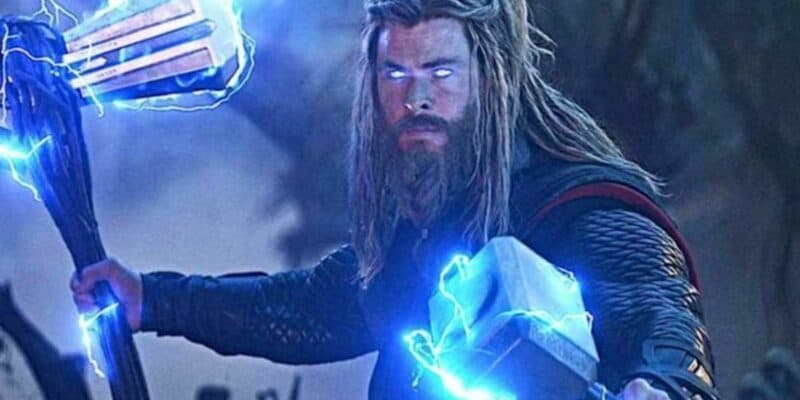 Thor’s next adventure may come later than Marvel fans expect as the film is reported to begin reshoots in the next few weeks.

Christian Bale will be starring as Gorr the God Butcher — one of Thor’s worst enemies in the comics — and the film will explore more of the Gods in the MCU. Since Gorr is well known for killing many gods in the comics, the MCU gods may not get as much screentime.

Russel Crowe had shared earlier that he loved portraying Zeus in the MCU and it will be interesting to see how the God of Thunder interacts with the God of Lightning as the two gods have similar abilities.

Thor 4 is set to release this summer and fans have been quick to notice that the film has had no marketing. No trailer has dropped and now fans are worried that the movie will be delayed. Reports of the film going through reshoots have been circulating which could be an early sign that the film isn’t ready.

Marvel has always been known for having reshoots, but with DC delaying almost all of their movies due to the amount of VFX work their films require, it wouldn’t be a surprise if Marvel followed suit.

Love and Thunder will definitely have a lot of CGI as several characters will require special effects. Knowing Marvel, the fight scenes will need more than practical effects to be ready for the big screen. The director for the film, Taika Waiti, shared to Variety that he didn’t think the movie would be done until the release date:

Waititi: “There’s nothing left [to tell]. I’ve said everything for the last two years. It’s still not finished.”
Variety: “… When’s it gonna be finished?”
Waititi: “It comes out July so… probably like end of June. Like a day before the premiere. That’s how we do it.”

Spider-Man No Way Home (2021) worked on visual effects and updated some of the shots while the movie was in theaters so this isn’t a huge surprise. Marvel does like to work on their films as long as possible, but fans normally have some sort of trailer by now. After No Way Home, fans were able to see a teaser trailer for Doctor Strange in the Multiverse of Madness (2022) and that was five months before the film’s release.

At the moment, Thor 4 is about four months away from releasing in theaters with no trailer in sight. This is unusual for Marvel which is why fans believe the reshoots may be more extensive. If the movie is delayed, then the rest of Marvel’s slate will also be affected as Black Panther: Wakanda Forever (2022) will most likely end up releasing next spring.

It would be a shame if Marvel ends up delaying Thor 4, but if it means that the movie will be what fans want, then it’s worth the wait.

Do you think Thor 4 will end up getting delayed?