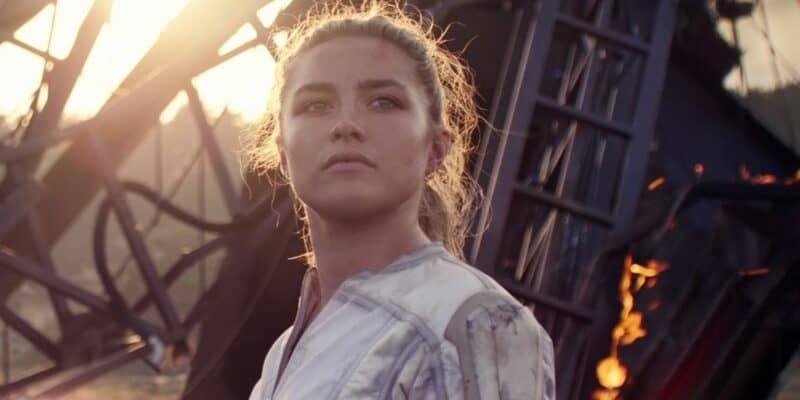 Fans won’t have to wait long, as numerous reports suggest that Florence Pugh is in talks to join Denis Villeneuve’s Dune: Part Two:

Florence Pugh is in talks to join ‘Dune: Part II’ as Princess Irulan, the Emperor’s daughter

Florence Pugh is in talks to join 'Dune: Part II' as Princess Irulan, the Emperor's daughter

Pugh is currently filming Oppenheimer, helmed by legendary director Christopher Nolan with Cillian Murphy and Emily Blunt at the lead.

The Lady Macbeth (2016) star is also in talks to join the Madonna biopic, starring as the singer herself.

On top of that, Pugh would be sharing the screen with yet another Marvel star: Oscar Isaac (Moonknight). There would be a Marvel reunion, as Josh Brolin also stars in Dune: Part One (2021).

Paul Atreides, a brilliant and gifted young man born into a great destiny beyond his understanding, must travel to the most dangerous planet in the universe to ensure the future of his family and his people. As malevolent forces explode into conflict over the planet’s exclusive supply of the most precious resource in existence, only those who can conquer their own fear will survive.

Dune: Part One (2021) is nominated for ten Academy Awards, including Best Picture and Best Cinematography. Following the massive success of the epic picture, Warner Bros. was quick to announce a sequel to Dune: Part One.

Do you want Florence Pugh to join Dune? Let us know in the comments below!