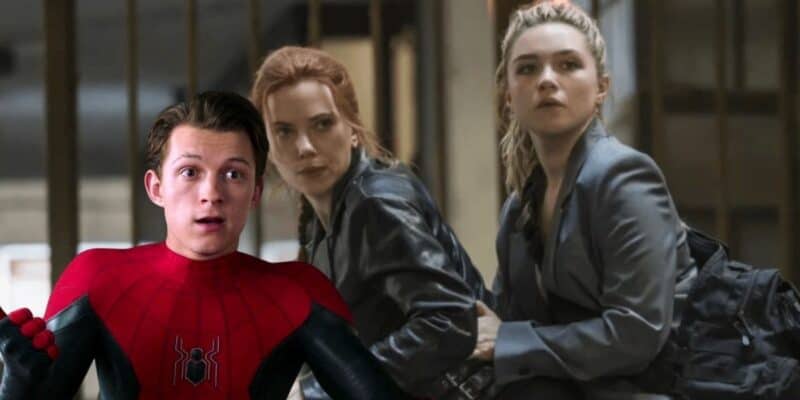 The Marvel Cinematic Universe is epic, it’s popular, and it’s prone to leaks and spoilers.

There has been intense speculation the last few months over the plot and cast for Kevin Feige’s upcoming Spider-Man: No Way Home (2021), with “cursed” Tom Holland himself almost spoiling the eagerly-awaiting third installment in his Spider-Man trilogy.

Now it seems another big Marvel Studios star is in hot water about spoilers, taking the spotlight away from Holland for now.

(Warning, if you haven’t seen Episode 4 of the MCU’s Hawkeye on Disney+, there are spoilers below!)

The Marvel Cinematic Universe has had its fair share of leaks and rumors, with Avengers: Endgame (2019), Tom Hiddleston’s Loki on Disney+, and now Jon Watts’ Spider-Man: No Way Home causing intense speculation amongst Marvel fans regarding the plot, casting, and cameos.

In a recent interview, Marvel Studios president Kevin Feige talked about the danger of disappointment related to fan expectations, focusing on Spider-Man: No Way Home and the inclusion of previous Spider-Man actors Tobey Maguire and Andrew Garfield making an appearance in the film.

Now, one Marvel star has been blocked on social media for a supposed “spoiler” – and they’re not pleased about it.

Starring Jeremy Renner and Hailee Steinfield, the show is already on its fourth episode, and features the epic – but expected – introduction of a familiar face to the series.

Pugh appears in Episode 4 of Hawkeye in a fight scene on top of a building alongside Hailee Steinfield’s Kate Bishop and Alaqua Cox’s Echo. The big reveal came when Yelena removed her mask to Kate Bishop and then disappeared.

The Black Widow star took to her Instagram to celebrate her appearance in the episode, and show her love for her “best friend” Hailee Steinfield.

But, as Pugh revealed on her Instagram stories on December 8, that social media post, alongside Marvel fans “complaining” about her spoiling her appearance so early, apparently has gotten her “blocked” on Instagram:

We’re unsure what the blocking of Pugh involves as the posts are all still up, but it could mean she has a temporary ban on posting anything to her social media.

“I never thought me posting about a show which I appear on would get me taken down …but here we are. Someone on here complained so I’ve been blocked from posting my own appearance on a show that I’m very much in. Beyond ridiculous.

Being in Hawkeye is a privilege and thank you to all who welcomed me on set and off and all who are watching.”

Marvel Studios’ Hawkeye is set in post-blip New York City where former Avenger Clint Barton aka Hawkeye (Jeremy Renner) has a seemingly simple mission: get back to his family for Christmas. But when a threat from his past shows up, Hawkeye reluctantly teams up with Kate Bishop (Hailee Steinfeld), a 22-year-old skilled archer and his biggest fan, to unravel a criminal conspiracy.

Hawkeye also features Maya Lopez aka Echo (Alaqua Cox) the first Native American superhero in the Marvel Cinematic Universe. She is the second deaf character to debut in the MCU since Makkari (Lauren Ridloff) in Eternals.

According to The Direct, 1.5 million U.S. households watched Hawkeye‘s first episode of the series in its five-day debut. Though not a low viewing figure, it puts Hawkeye as Marvel’s lowest-performing debut since the launch of Disney’s streaming service.

For comparison, WandaVision gained 1.6 million U.S. household views for its premiere, The Falcon and the Winter Soldier beat that with 1.8 million, and Tom Hiddleston’s Loki was the biggest success for Disney+, drawing an incredible 2.5 million households in the United States in its first five days.

What did you think of Episode 4 of Hawkeye? Let us know!