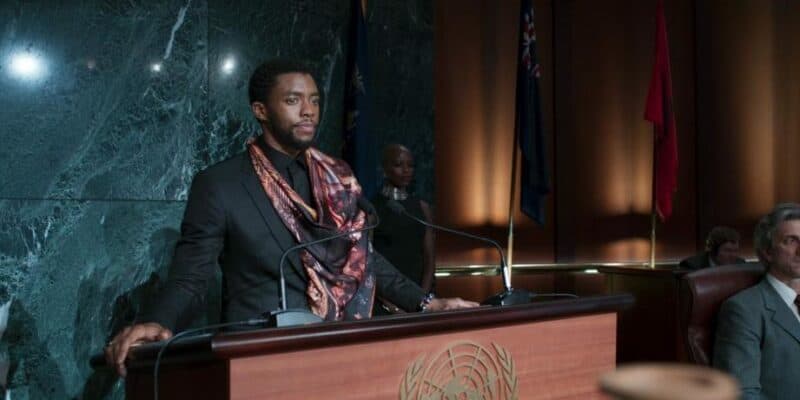 Puerto Rico is reported to be the new filming location for Black Panther: Wakanda Forever (2022).

Black Panther is one of Marvel Studios’ most successful films as it earned $1.3 billion dollars. It is also the only Marvel Studios film to be nominated for Best Picture, but Marvel is pushing to have more Marvel films to be considered. The movie did receive Academy Awards for best original music score, best costumes design, and production design.

Ryan Coogler returns to direct the sequel, but this movie has had a lot of challenges. The first of many was the tragic loss of Chadwick Boseman due to cancer — this required the whole script to be rewritten, delaying the film until November 2022.

Black Panther 2 has already faced many obstacles for filming with injuries and also COVID. After several months, the movie has begun filming again and the movie is back on track with filming. Now, the sequel is reported to begin filming in a few weeks in Puerto Rico and the location is reported to act as a double for Haiti.

This will definitely be a change of scenery for Black Panther 2 as obviously Haiti isn’t part of Wakanda or anywhere close to it, so why would the movie include Haiti?

The first possibility would be that Wakanda will be paying respect to their former King, T’Challa as he ended the first film promising that the advanced nation would begin to help others around the world. Haiti could be featured with Lupita Nyong’o’s character, Nakia. It wouldn’t be a surprise for the character to be helping create a new Wakandan facility to help others especially since the world is still recovering from the Blip — as seen with Falcon and the Winter Soldier.

Part of the sequel will of course have to focus on who will become the next Black Panther as Marvel has said that they have no plans to recast T’Challa in order to honor Chadwick Boseman’s legacy.

Another possibility would be that Namor and the Atlanteans will begin attacking cities off the shore and one of them would be Haiti. Since filming will take place, this would perhaps be one of the first cities to be investigated by the Atlanteans as the people would come up from the ocean.

The Atlanteans in the comics are known to have bad relations with humanity and also with Wakanda. This is why the civilizations hide in the watery depths in Atlantis and no one from the MCU has seen any Atlanteans. With Eternals (2019) possibly damaging their cities with Tiamut’s rise, it would make sense that the Atlanteans want revenge. This would require Wakanda to possibly handle this war across the globe as other nations wouldn’t be prepared to handle such a threat.

Of course, this is all speculation, but there are several reports saying that Namor and Atlantis will indeed be in Black Panther 2. Knowing that Namor doesn’t have a great history with a lot of Marvel’s superheroes, it will be interesting to see if the hero will end up joining the Avengers — even though it seems that Avengers 5 isn’t on Marvel’s radar.

Why do you think Black Panther 2 will include Haiti in the story? Let us know what you think in the comments section below!

There are many things to look forward to in the Marvel Cinematic Universe while we wait for Black Panther Wakanda Forever. On Disney+  you can expect Moon Knight on March 30, Ms. Marvel in Summer 2022, and She-Hulk to debut this year. For movies, Doctor Strange In the Multiverse of Madness comes out on May 6, followed by Thor: Love and Thunder on July 8, and Black Panther: Wakanda Forever on November 11.