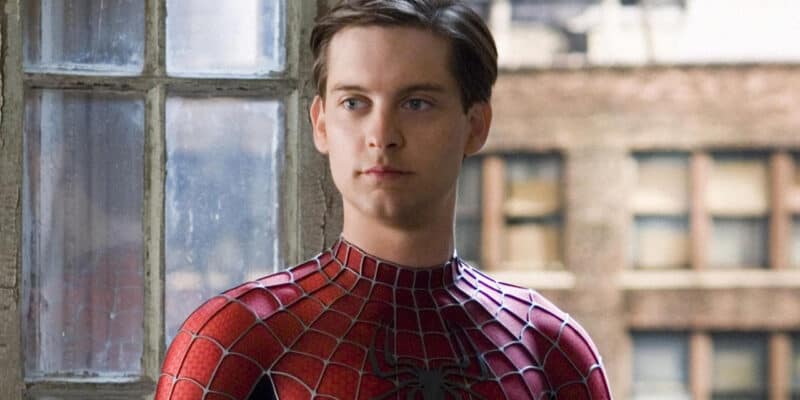 Sam Raimi’s Doctor Strange in the Multiverse of Madness is right around the corner, and every Marvel fan can’t wait. A close friend of director Sam Raimi and previous actor in Tobey Maguire’s Spider-Man trilogy just revealed that they filmed “a cool scene” in the upcoming Marvel movie that everyone’s speculating about.

Tobey Maguire and Andrew Garfield are officially back as their iconic characters. Swinging into Spider-Man: No Way Home (2021) propelled the Marvel film to a $2 billion box-office domination, and now fans can’t wait to see the Spidey trio again on the screen.

Ahead of countless rumors suggesting Tobey Maguire will suit up once more for Doctor Strange in the Multiverse of Madness, a long-time friend and colleague of director Sam Raimi, Bruce Campbell, just dropped a huge update:

Bruce Campbell confirms he filmed a scene for ‘DOCTOR STRANGE IN THE MULTIVERSE OF MADNESS’.

“I did a cool scene with a character thats been beloved for years, and… we’ll have to see what ends up in the movie.”

Bruce Campbell confirms he filmed a scene for 'DOCTOR STRANGE IN THE MULTIVERSE OF MADNESS'.

"I did a cool scene with a character thats been beloved for years, and… we’ll have to see what ends up in the movie."

Campbell previously appeared in all three of Maguire’s Spider-Man films, having a small cameo in each movie.

Bruce Campbell’s claim to fame was tackling Evil Dead (1981) with novice film-maker Sam Raimi when the two were starting their Hollywood careers. The low-budget, indie horror film would earn over $5 million at the box office and solidify itself in the undead genre.

Since then, Sam Raimi has directed some of the most beloved Marvel films, including Spider-Man 2 (2004).

Forgotten concept art for Raimi’s canceled Spider-Man 4 was set to feature Vulture as Peter Parker’s bane, with Mr. Ditkovich being revealed as a retired Kraven the Hunter — shows Spider-Man bursting into a Marvel’s New York police station with Mysterio in handcuffs.

With Spider-Man 4 being the end of Tobey Maguire’s franchise, Sam Raimi wanted to showcase as many beloved villains before his Marvel run ended. Many speculated that Bruce Campbell would have cameoed as a captured Mysterio in the film’s opening, delivering a few quips and later being arrested by none other than Spider-Man.

The concept art above reveals Bruce Campbell’s face, solidifying the possibility that this “beloved” character he appears as in Doctor Strange in the Multiverse of Madness could be nonother than a variant of Quentin Beck/Mysterio.

At the time of writing, Google lists actor Bruce Campbell as a part of the main cast in this Doctor Strange sequel, with Sir Patrick Stewart appearing alongside him.

Of course, this would be the perfect opportunity for Tobey Maguire’s Spider-Man to appear, especially with Maguire reportedly wanting to return as the web-slinging superhero, but only if Sam Raimi is in the director’s chair.

Who do you think Bruce Campbell plays in Doctor Strange? Let us know in the comments below!