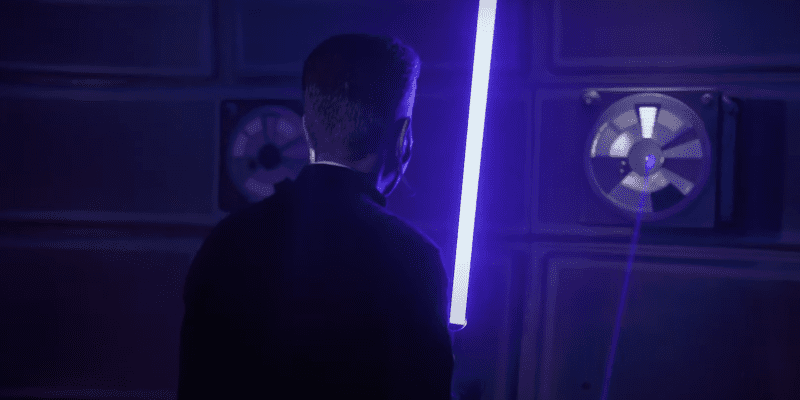 Walt Disney World Resort is home to approximately 30 Resort hotels, giving Disney fans with a wide variety of tastes and interests the perfect home away from home.

However, even with all the options that exist right now, Disney fans still have ideas for new Resort hotels that would fulfill all of their Disney Parks dreams. One Twitter user, Halloween McQueen, is calling for a Haunted Mansion-themed Resort that would allow Guests to literally enter the the fan-favorite ride.

Hear me out, it’s Haunted Mansion but it’s a resort in Disney World. Complete with hitchhiking ghosts and a Madame Leota seance after dinner. Don’t forget to bring your death certificate!

Hear me out, it’s Haunted Mansion but it’s a resort in Disney World. Complete with hitchhiking ghosts and a Madame Leota seance after dinner. Don’t forget to bring your death certificate! pic.twitter.com/dPnNqFRRJA

As it turns out, the Twitter user isn’t the first one to think a Haunted Mansion hotel is a good idea. Jason Rempala commented with a YouTube video suggesting something very similar. Halloween McQueen responded:

Somebody already came up with this idea. I apologize in advance.

Somebody already came up with this idea. I apologize in advance. 🤦🏻‍♀️

The comment section of the post quickly turned to talk of Disney’s Star Wars: Galactic Starcruiser hotel, which has recently faced intense online backlash and numerous cancelations as people balk at paying approximately $6,000 per stateroom for a voyage into the Star Wars galaxy that has, frankly, not looked wildly impressive so far.

Social media has, in fact, decried first looks at the somewhat unimpressive interior as “pathetic” and Disney executives are reportedly aware that Star Wars fans are “crying out in horror” regarding what they’ve seen so far.

DarthDisney responded to the Haunted Mansion thread with a dig at the Walt Disney Imagineering team who themed the Star Wars hotel:

Just don’t let the Galactic Starcruiser team be in charge of the theming and it sounds like a great idea.

Just don’t let the Galactic Starcruiser team be in charge of the theming and it sounds like a great idea.

Other commenters also felt compelled to blast the overall price and 2-night design of the Galactic Starcruiser experience, which is pre-planned for Guests, presumably leaving them very little free time. Korey Shelby wrote:

That would be awesome! Sadly though they would prolly charge us 50,000$ a night and you are limited to 2 days.

Abs [sic: And] every minute of your visit is planned out and scheduled so you can’t actually enjoy it

Another commenter is so excited about the prospect of a Haunted Mansion hotel featuring Madame Leota, the Hitchhiking Ghosts, and the whole gang that they would be willing to spend “Starcruiser-level” money:

Another commenter noted that the Starcruiser situation — which even saw Disney bury any mention of the Resort during the annual Disney Parks Magical Christmas Day Parade — is not typical for a much-hyped Disney Parks project:

Apparently Galactic Star Cruiser is something of a misfire, which is VERY surprising for Disney, especially as it’s Star Wars.

Apparently Galactic Star Cruiser is something of a misfire, which is VERY surprising for Disney, especially as it’s Star Wars.

It is worth noting that, despite recent fan concerns, Disney continues to stand by the fact that the Starcruiser experience will leave Guests “blown away” and will allow them to experience the Star Wars universe like never before on an unforgettable journey that goes “horribly, horribly wrong.”

Related: All Oga’s Cantina Reservations For Early 2022 Are Cancelled

What do you think about the idea of a Haunted Mansion Resort — would it be better than the Galactic Starcruiser?