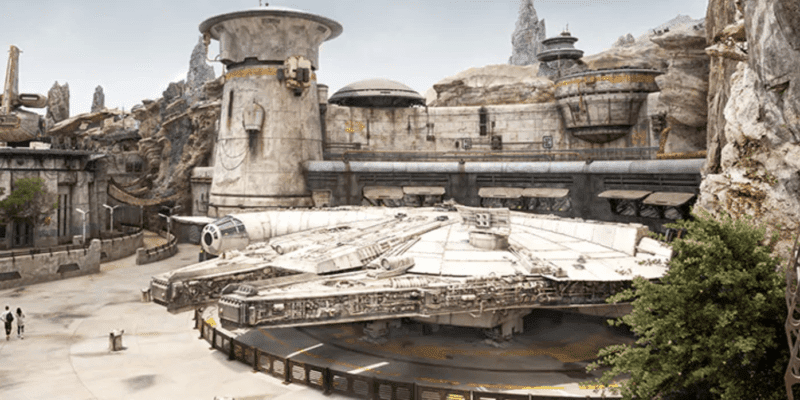 When any new themed area is constructed at a Disney Park property, there are years of behind-the-scenes planning that take place before any concepts are announced to Guests.

The “Art of Star Wars: Galaxy’s Edge” coffee table book provides insight into many of the ideas and experiences that were ultimately scrapped before Batuu as we know it today — with Millennium Falcon: Smugglers Run, Star Wars: Rise of the Resistance, and Oga’s Cantina — came to life.

Now, as Walt Disney Imagineering prepares to open its most ambitious project ever — the Star Wars: Galactic Starcruiser Resort hotel — on March 1, 2022, it has been confirmed that certain “dead” Galaxy’s Edge ideas will be brought back to life on the Halcyon starliner.

Notably, one Twi’lek superstar performer named Gaya is set to make her official debut during the upcoming dinner show onboard the Corellian starship. Per the character’s Wookieepedia entry:

Artist Brian Matyas posted the art to Instagram referring to Gaya as, “Vocalist in a band that would play in the park and in the hotel.” A presentation that was part of Disney’s Destination D23 event on November 20, 2021 confirmed that Gaya was the performer at the hotel and revealed a photo of the character. A promotional video released on November 28 featured Gaya performing aboard the Halcyon.

Gaya sketch for Star Wars Galaxy’s Edge/Galactic Starcruiser featured in the Art of Galaxy’s Edge book. Vocalist in a band that would play in the park and in the hotel. I’ll post the other bandmates in the near future!

Galaxy’s Edge Guests may not realize it, but they’ve actually been listening to Gaya since Disney’s Star Wars land opened on both coasts. The Star Wars galaxy’s premiere musical starlet has two songs that are part of the regular loop at Oga’s Cantina — “Oola Shuka” is her most well-known number.

The character has existed for quite some time and was originally supposed to be featured at the Kalikori Club, a sit-down restaurant at Galaxy’s Edge that never came to fruition. The scrapped establishment [concept art below] is described as:

…a restaurant, bar, and entertainment venue found in Black Spire Outpost on the planet Batuu. The somewhat hidden club included a table-service restaurant and live performers. It was owned by a female Twi’lek named Gaya, who was also one of the many performers at the club.

Gaya also has an intriguing backstory including the fact that she “fought for the integrity and freedom of the Twi’lek people and sometimes operated within the criminal underworld to achieve her goals” — anyone familiar with Star Wars: The Bad Batch will recall how Hera Syndulla (Vanessa Marshall) and her family fought to protect the Twi’lek homeworld of Ryloth years before Gaya became a force for good in the Star Wars universe.

We do know, however, that characters like Chewbacca, Rey, and Kylo Ren will all be on board and Guests will take a port excursion to Batuu’s Black Spire Outpost — but many other details about this first-of-its-kind Walt Disney World Resort hotel remain under wraps.

One thing we are certain of? This amazing experience comes at a price. Although many Galactic Starcruiser voyages have already sold out, proving how excited the Star Wars fan community is, Guests are paying upwards of $5,000 per trip for a stateroom.

But, from the sounds of things, the chance to “actually” journey to a galaxy far, far away and see some extinct Galaxy’s Edge concepts in the process will be worth every single credit you spend.

Have you booked a stay on Disney’s luxury starliner for 2022?