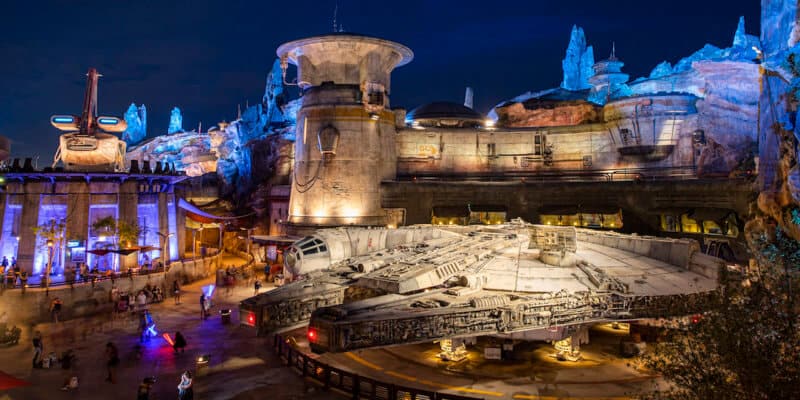 Ever since the Star Wars: Galactic Starcruiser hotel was originally announced at the 2017 D23 Expo in Anaheim, California, Star Wars fans have been clamoring to discover details about the immersive two-day experience.

Slowly but surely information about the first-of-its-kind Resort hotel — like the fact that Disney Imagineers would love to see passengers dressed like Twi’Leks — has been released, and it is truly going to be an experience to remember for both Star Wars superfans and for Guests who haven’t even seen a Star Wars movie.

According to a new interview The Orlando Sentinel conducted with Star Wars: Galaxy’s Edge and Galactic Starcruiser Imagineer Scott Trowbridge, the experience is designed to allow Guests to take part in the Starcruiser story as much as they desire — or, on the flip side, don’t:

“If all you want to do is kind of sit back and watch, drink your space cocktail and watch everything play out — also totally fine. It’s still going to be an amazing experience. And if the family decides to do different things, I actually think that’s kind of fun. Because then they can come back together and kind of compare notes and kind of have that ‘What did you do? … ‘Well, you’re supporting the First Order, so I’m not going to tell you.”

We also know certain other details about the Galactic Starcruiser experience — like the fact that Chewbacca, Rey, and Kylo Ren will all be on board and Guests will take a port excursion to Batuu’s Black Spire Outpost.

“Just like on a regular cruise ship, you’re going to have that shore excursion, but this time, you’re going with a purpose. … If you have accepted, and maybe had an affinity for one of these groups, the Resistance or the First Order or others, you may end up with different tasks and goals and perspectives on the time you spend in the land. The way that the adventure attraction experiences the land have meaning. Those stories will follow you, from the ship to the land from the land back to the ship. … You’ll be invited to do lots of cool things there on the land that help the mission.”

For now, Guests who want to be onboard the Halcyon can book itineraries on the new Star Wars Resort’s official website for the latest details and to make reservations beginning October 28.

Are you looking forward to boarding Disney’s first Corellian starship next spring?