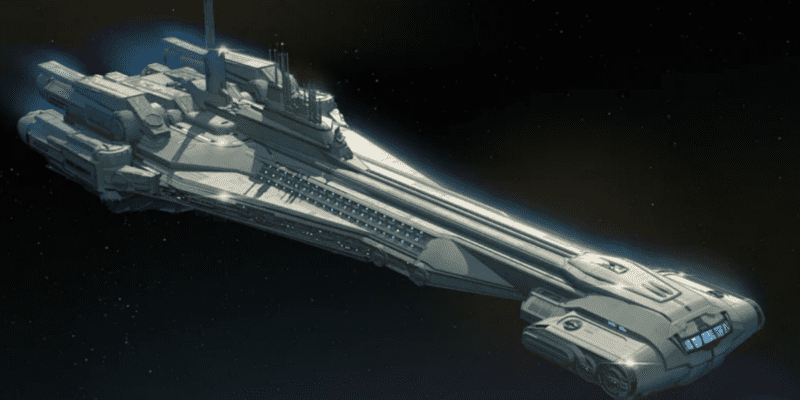 The Star Wars: Galactic Starcruiser — AKA the Halcyon, the new Star Wars hotel at Walt Disney World Resort — is preparing to have a full voyage for its grand opening month of March 2022, as almost every date for the first month of opening has been completely booked.

On the reservation page for the Galactic Starcruiser, it can be seen in the calendar that all but four voyages in the ship’s christening month have been booked solid. The only dates that remain available for Guests hoping to fly far, far, away during the ship’s first month of opening are March 23, March 27, March 29, and March 31.

At this time, the only Guests who have been able to book reservations are Club 33 members, Disney Vacation Club members, Disney VISA Cardholders, Walt Disney World Annual Passholders, and residents of Golden Oak. Reservations for the general public will not be available until October 28.

Seen below is the current calendar from October 15 for the Star Wars: Galactic Starcruiser’s availability in March.

The orange underlines seen on the calendar (screenshot taken on the early evening on Friday, October 15) are meant to show available start dates for the immersive voyage. Guests are only able to chose at start date for their journey that has an orange underline. Once Guests pick their boarding date, the remaining days will highlight.

Earlier this month, soon after the first booking window opened, reservations for the two-night experience had only been fully booked for the first week of March. The high rate of bookings comes at no surprise, as this hotel is a first-of-its-kind immersive experience perfect for Star Wars fans of all ages (and those who love them).

It is to be noted, however, that bookings will only be available over the phone at (407) 939-5271. At this time, there will not be an option to book a reservation online.

The description for the Galactic Starcruiser experience found on the Disney World website reads:

While your story unfolds, you’ll have the power to choose your path. Will you follow the rule of the First Order or join the Resistance in a secret plot? Strike a bargain with a gang of smugglers or sit back, sip a cocktail and watch it all from a safe distance?

The choice is yours as you step aboard the most immersive Star Wars story ever created—one where you live your own Star Wars adventure!

As stated in the planning page of the reservation system, reservation prices include the following:

The Star Wars: Galactic Starcruiser experience is a must-do for all ages, especially if you are a super fan.. Once booking becomes available for the public, Guests should have an easier time finding voyage dates that fit their needs; for example, most dates in April and May are still available. If you are currently planning or confirmed your experience, may the Force be with you!

What are your thoughts on the Star Wars: Galactic Starcruiser? Are you planning on taking the journey? Let us know in the comments!