Guests Wait 2 Hours For Rise of the Resistance, Breaks Down Immediately - Inside the Magic 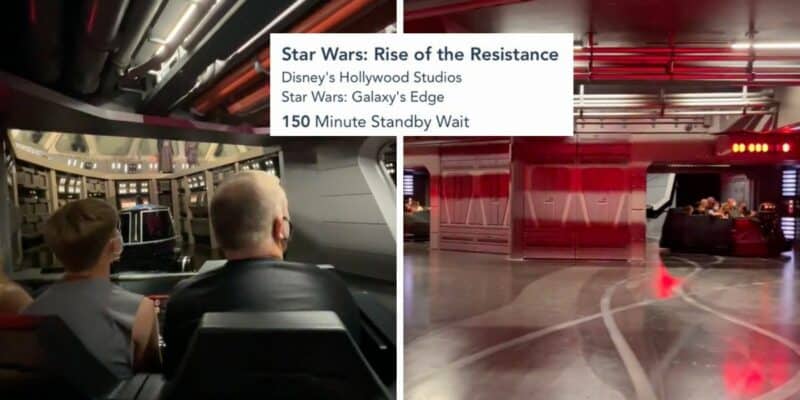 Disney decided to pause the virtual queue for the popular Rise of the Resistance ride at Disney’s Hollywood Studios last week, and instead, offer a traditional standby line for the first time since it opened in 2019.

The first day Rise of the Resistance offered a standby line, Guests poured into the Park at rope drop and the ride even hit a whopping 220-minute wait on the morning of September 23. Now, even in the days following this change, Guests continue flocking to Hollywood Studios for their chance at joining the resistance to take on the First Order in this trackless, immersive-filled attraction.

Some even waited over two hours to ride Rise of the Resistance, but as soon as they got on the ride, it, unfortunately, broke down — causing major disappointment.

Reddit user idioteque33 shared a video to the social media platform showing their ride vehicle stuck at the beginning of the attraction, with the lights on — indicating the ride was broken down and was experiencing technical difficulties. They captioned the video “2 hours in line for this to happen…”.

2 hours in line for this to happen… from WaltDisneyWorld

We do want to note that, unfortunately, Disney rides can break down at any given time and, though it is extremely disappointing, to please be patient as Cast Members and Imagineers try their very best to get the ride back up and running as quickly as possible.

Also, in regards to Rise of the Resistance specifically, we have noticed that as the day goes on, the queue tends to drop and so, we suggest if you want to avoid the morning rush, to check back later in the evening for lower wait times.