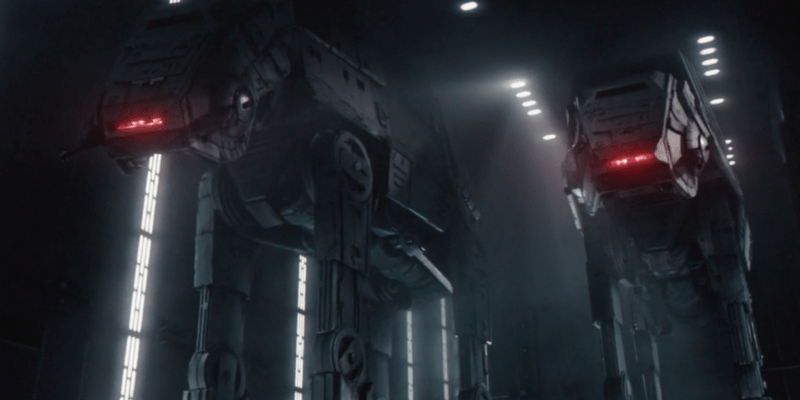 The time has come. One of Walt Disney World’s most popular attractions will now be open to ALL Guests. Starting September 23, 2021, Guests visiting Disney’s Hollywood Studios at the Walt Disney World Resort will be able to ride Star Wars: Rise of the Resistance via a standby queue for the first time since its inception.

The news broke yesterday that Disney World would be pausing the virtual queue for The World’s Most Magical Celebration, welcoming Guests to join the Resistance without the need for a boarding pass at the Disney Resort — and, let’s just say, fans are desperately conflicted.

Based at Star Wars: Galaxy’s Edge, Star Wars: Rise of the Resistance quickly became the hottest (virtual) ticket in town when it debuted in 2019. Ever since its opening Guests wishing to experience the attraction needed to join the virtual queue by getting a boarding pass via the My Disney Experience App — the official app for the Walt Disney World Resort. Now, however, the ride will become available via the regular standby queue most attractions already offer. We shared the news of the major update here.

The addition of a standby queue to the attraction in Disney World — and note that this update is only for the Florida theme park as of right now and does not affect the ride in Disneyland Resort, California — comes just shortly after Disney CEO Bob Chapek announced that the popular FastPass+ service at the Disney Park will be permanently retiring.

As FastPass+ ends, Disney Genie, Genie+, and Lightning Lane will debut offering Guests a chance to build their perfect Disney vacation while also allowing them to pay to board attractions via the Lightning Lane — whether that be through the Genie+ function or the individual attraction selections.

Updates from Disney Parks are coming thick and fast as the popular theme park destination nears its 50th Anniversary celebration and this latest Star Wars: Rise of the Resistance update is causing conflict for Disney World fans.

One comment on our announcement article from Josh reads:

This is not good. Do you realize how incredibly long that line will be. So either blow 2-3 hours in line or pay to skip it. I guess the only silver lining is that it should clear more crowds from other attractions as they will have to wait for it instead of riding other rides while they wait.

Exactly. They need an actual queue to absorb crowds, which will inevitably be larger since it’s the 50th. Also, a lot of people will choose RotR as Individual Attraction Selection, so it’s an obvious cash grab for Disney as well.

A Facebook comment from Tracy D. suggested the link between this new update and the premiere of Genie+:

And I’m guessing that means Genie+ is going live shortly after so they can upcharge who knows what for Lightning Lane access for Rise. Can we get some guesses as to how much this individual skip the line charge will be? $8? $12? $23?

However, some Guests thought the implementation of a standby queue for the ride was a good idea. Ben M. commented on Facebook saying:

Personally I think I’d prefer the standby queue than the “pot luck” that seems to be virtual system. From a business point of view standby lines consume guests reducing congestion around the park

Chris K. had similar sentiments when commenting on ITM’s article:

It’s about darn time!! The idea of playing the lottery to hopefully win a ticket to ride is just stupid.

There is also the fact that this new standby addition might open up the wait times of many other attractions at the Parks for those on their Walt Disney World vacation. As Bruce F. alludes to:

Imagine what this will do for other rides at Rope Drop! Can’t wait

It seems that there is a pretty even split between fans welcoming this new change to Star Wars: Rise of the Resistance, and those seeing it as a bad move on Disney’s part. While lines are bound to be longer than a majority of other attractions, standby queues are already in place for other popular rides like Flight of Passage in Disney’s Animal Kingdom, Frozen Ever After in EPCOT, and Seven Dwarfs Mine Train in Magic Kingdom.

What do you think about this new Star Wars: Rise of the Resistance update? Let us know in the comments!