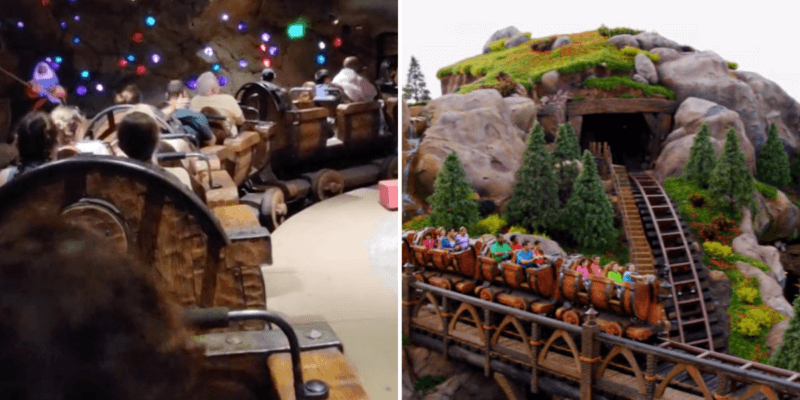 A vacation to the Walt Disney World Resort is perhaps one of the most magical trips a person can take. The collection of Disney Parks made up of the Magic Kingdom, EPCOT, Disney’s Hollywood Studios, and Disney’s Animal Kingdom, as well as the water theme parks, Typhoon Lagoon and Blizzard Beach, create the huge Disney Resort in Orlando, Florida. Not to forget the retail hotspot, Disney Springs, too.

While Disney would hope everything goes smoothly while a Guest visits any of their properties, sometimes things can go wrong. A recent incident inside the Magic Kingdom led to a group of Guests bursting into song while stuck on one of Walt Disney World’s most popular rides.

Iconified by the mesmerizing Cinderella Castle, Disney World’s Magic Kingdom is one of the most visited theme parks on the planet. Hosting lands like Adventureland, Tomorrowland, and Fantasyland, the Magic Kingdom provides Guests at the Disney Park with an unparalleled magical experience, offering a number of themed attractions.

As many of Disney’s theme parks return to normalcy following the effects of the pandemic, the Magic Kingdom has recently seen the comeback of a variety of fan-favorite offerings. Happily Ever After returned last week (July 1), bringing fireworks back to the night sky above Cinderella Castle, and popular restaurant Casey’s Corner also re-opened after an extended closure — much to the delight of Disney’s Guests.

With the magic coming back more and more, Disney’s operation isn’t without the occasional hurdle. Evacuations of rides can occur quite frequently when technical difficulties occur, and sometimes Disney will send Guests backstage in order to manage crowds and long lines.

Last week saw some Disney Guests turn a rather frustrating experience into a group singalong when the popular Seven Dwarfs Mine Train broke down. Leaving Guests with the lights on, one rider caught the moment on camera, documenting how the frustrating situation turned into a rousing rendition of “Sweet Caroline”. Sharing to TikTok, @ironicism showed the event.

This is the whitest thing I’ve ever participated in.

This is like the whitest thing I’ve ever participated in. #DisneyWorld #sevendwarvesdown #SweetCaroline #WhitePeople

The video shows a group of Guests stuck in the Mine Train vehicle while singing the Neil Diamond classic. The user also shared some key information regarding what happened.

“I think we waited for about 20 mins. We had some young ladies throw music on that really lightened the mood.”

“They really deserve the credit […] they got the party started. It turned quickly from frustrating to funny.”

It is easy to imagine how frustrating it can be to be stuck on a ride especially one like Seven Dwarfs Mine Train which often has some of the Disney theme park’s longest wait times. The rider then revealed how Disney compensated Guests for the unfortunate experience whilst on the attraction.

“One of the workers came and got us and led us outside. We were given a single fast pass that we could use for anything but Peter Pan for some reason.”

Cast Members will often make sure Guests continue to have a magical experience at the Disney Resort despite things like evacuations and ride breakdowns happening. It just goes to show how The Walt Disney Company prides itself on a unique Guest experience, making sure visitors to the Disney Parks remain happy throughout their vacation.

The Magic Kingdom is also gearing up to host its 50th anniversary celebration which begins October 1, and Disney vacation Guests will get a whole host of new entertainment for the event.

If you don’t know what Seven Dwarfs Mine Train is, the official description is as follows:

Have you ever been stuck on a Disney ride? Let us know in the comments!