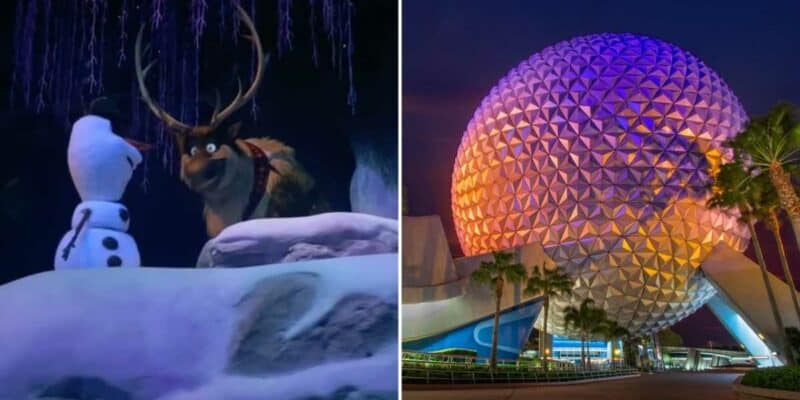 One of Walt Disney World’s most popular rides is Frozen Ever After in EPCOT. Based on the 2013 Disney animated classic, Frozen, the attraction can be found at the Norway Pavillion in the World Showcase.

Technical issues are a possibility on any ride at the Walt Disney World Resort in Orlando, Florida, and recently fan-favorite characters on Frozen Ever After hilariously, and kind of creepily (hi, Sven!) malfunctioned in a “staring contest”. One EPCOT Guest caught the glitch at the Disney Resort.

Regardless of its intent to maintain a heightened Guest experience and unparalleled Imagineering, Disney Parks do have many attraction breakdowns, malfunctions, and even evacuations. In recent weeks, Guests have been evacuated from the “highest hill” of Rock ‘n’ Rollercoaster Starring Aerosmith over at Disney’s Hollywood Studios, and Cast Members even had to brave the “it’s a small world” water to escort Guests from the Magic Kingdom attraction.

The Walt Disney World Resort is known for compensating Guests if their experience on a ride is interrupted due to technical difficulties with options to revisit the attraction once it has reopened. If not, there is always plenty to do at places like Disney Springs, or you could just take in the sights of Cinderella Castle for a while.

As well as the more serious technical events that can cause evacuations, sometimes more specific elements of rides can break down. Recently, the Shaman on Na’vi River Journey in Pandora — The World of Avatar at Disney’s Animal Kingdom malfunctioned. The Abraham Lincoln animatronic in the Hall of Presidents at Magic Kingdom has also been known to glitch rather comically.

The funny moment was caught on video by Kels (@disneyparksfoodie) and shared on TikTok.

I don’t know why I find this so funny

The video shows the ride vehicle passing by a scene with Sven and Olaf, but instead of the characters interacting, as usual, the reindeer and snowman were locked in a rather comical “staring contest”. The creator captioned her video by saying: “Sven and Olaf glitched on Frozen Ever After and now they’re in the world’s worst staring contest”.

The incident, while not entirely correct in terms of what should happen at the attraction, doesn’t seem that out of place when considering what types of characters Sven and Olaf are. The two are known for appearing alongside Anna (Kristen Bell), Elsa (Idina Menzel), Kristoff (Jonathan Groff), and Hans (Santino Fontana) in Chris Buck’s and Jennifer Lee’s record-breaking Frozen that won the Academy Award for Best Animated Feature. They later appeared in the sequel, Frozen II (2019).

The log-flume dark ride — which replaced Maelstrom in EPCOT — utilizes the characters from Disney’s film as well as popular songs like “Let It Go” that Robert Lopez and Kristen Anderson-Lopez made globally famous.

Hopefully, Sven and Olaf will be sorted and ready for Guests taking a Disney World vacation for the 50th Anniversary celebration this fall.

Have you ever experienced any funny glitches on attractions while at a Disney Park? Let us know in the comments!