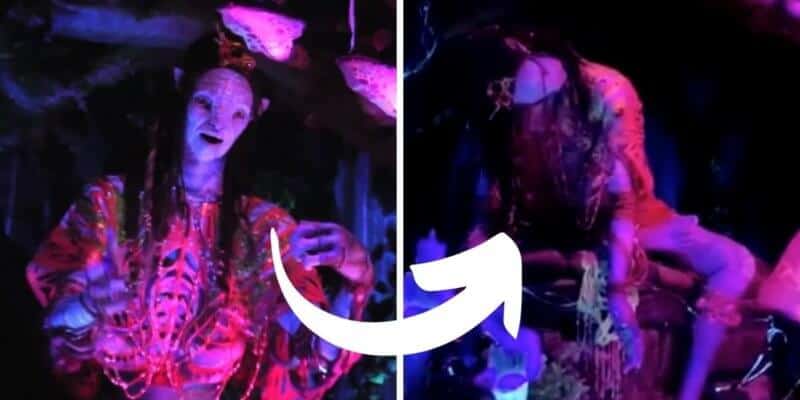 If you’ve ever been on Na’vi River Journey, you know it is filled with beautiful scenery and one of the most advanced and incredible animatronics on Disney World property — Big Toe.

While aboard the popular Disney Park attraction, located at Disney’s Animal Kingdom inside PANDORA — The World of Avatar at Walt Disney World Resort, Guests board a riverboat to float through the mystical world of PANDORA.

While aboard the boat, Guests will float past the iconic and highly advanced Na’vi audio-animatronic, Big Toe, who you can see in the photo below.

However, it looks as though Big Toe ran into a bit of an issue (or just gave up completely) this weekend as Twitter user Vinny posted a video of the animatronic toppled over and not moving.

Was sent this video over Snapchat, the elusive Na’vi River Journey C mode where the Shaman just gives up pic.twitter.com/ve2Abs9Y5Y

The Shaman is down

I repeat, The Shaman is down pic.twitter.com/TOG5dwmRLi

At this time there is no word on what happened to this animatronic, but Inside the Magic will keep you updated as we get information.

Na'vi River Journey has been reopened after an interruption of 16 minutes. https://t.co/1OwHU4wzV6 #AnimalKingdom #WDW #WaltDisneyWorld #DisneyWorld

You can see what the Big Toe animatronic is supposed to look like in our YouTube video here:

Have you ever experienced Na’vi River Journey? Let us know in the comments below.