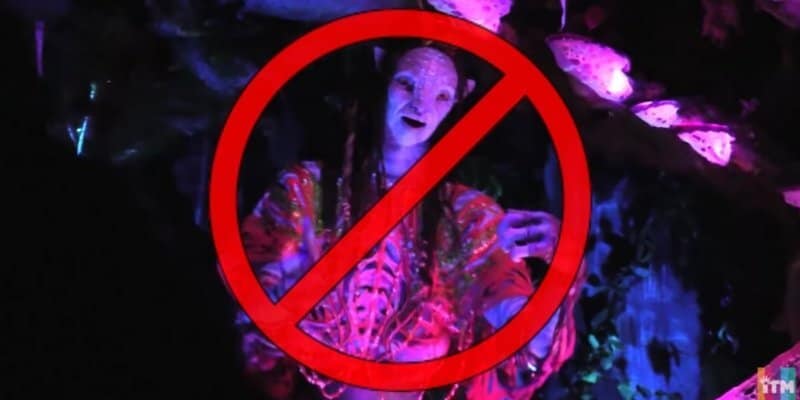 Na’vi River Journey is one of the more popular Disney park attractions at Disney’s Animal Kingdom. Located inside PANDORA — The World of Avatar, this river boat ride takes Guests through the mystical world of PANDORA.

One of the most beloved and iconic parts of this theme park attraction was Big Toe, the Avatar animatronic, who you can see in the photo below.

However, it looks as though the Big Toe animatronic has now been taken away from the ride and replaced with a video screen instead. Thanks to Instagram user @disneymom2.0, we can see the new screen during this portion of the ride.

According to the comments, Big Toe was just there the day prior and Cast Members aren’t sure why the animatronic has been taken away. However, this has happened in the past when the animatronic needs maintenance, which is why the screen was initially installed. It is common for animatronics so advanced to need maintenance every once in a while, though we are not sure what the Na’vi River Journey animatronic to be taken away and we don’t yet know when it will be returned to its normal place in the attraction.

You can see the original animatronic that was featured in our YouTube video here:

Have you ever experienced Na’vi River Journey? Let us know in the comments below.