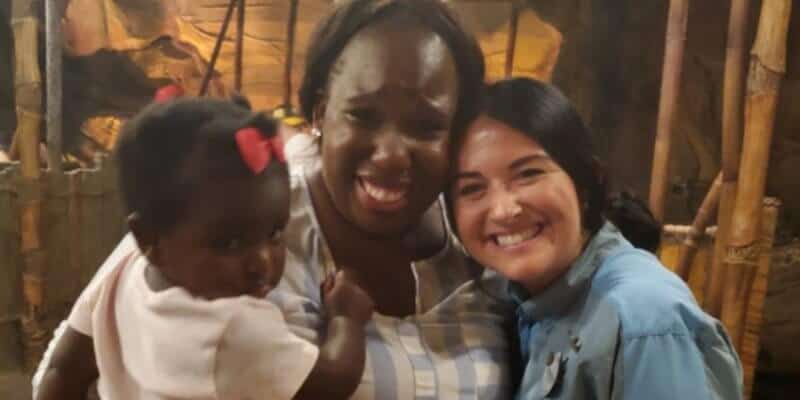 Some of the rides at Walt Disney World can be thrilling. And sometimes “thrilling” is code for scary, terrifying,  and heart-pounding. You know, the Twilight Zone Tower of Terror, Expedition Everest, Rock ‘n’ Roller Coaster starring Aerosmith, and Na’vi River Journey.

Jessica D. Thomas of Orlando had evacuated her own home with her family ahead of the possible landfall of Hurricane Dorian. She and her husband took their two children to a Disney World hotel and decided to take a break from the busyness of their lives at Disney World.

“We thought at least they have generators; it’s Disney, so at least they can’t lose power. We thought it was safer [than remaining at their home],” Thomas said. “But if you’re at a hotel with your kids for an extended period of time, you wonder what you can do to keep them entertained.”

“My children have never been to any Disney Parks. Today was their first time,” Thomas posted on Facebook. “As a mom, we feel a TON of pressure to create these ‘memories’ for our children. We feel obligated to overcome our shortcomings for them. We do everything in our power to remove their worries or fears, so ours take a backseat.”

Thomas struggles with claustrophobia and didn’t think she’d be riding any rides, but when she and her family visited Animal Kingdom, she was encouraged to join the group in riding Kilimanjaro Safaris. She began to feel anxious as soon as the doors closed, but the Cast Member allowed her to sit in the unoccupied handicapped spot, which calmed her somewhat.

Next the family rode Na’vi River Journey at Pandora at Animal Kingdom. Thomas boarded the reed boat but soon she was overwhelmed with claustrophobia at the sight of the tunnel through which the boat would be passing.

“My heart was racing, my breathing was hard and I felt genuinely scared of being trapped,” Thomas said as she described her experience which included her rushing to disembark as soon as the ride was over.

It was at that time that Cast Member Samantha Burns saw Mrs. Thomas fearful and crying and asked her if she were ok. Then she further asked Mrs. Thomas if she wanted her to ride in the boat with her since Thomas was clearly upset and since Thomas felt like she had “messed up the day for everybody.”

“Do you want me to ride with you?” Burns asked Thomas.

“She said it so nice,” Thomas explained. “It was the most sincere, nonjudgmental . . . you think that as an adult, no one is looking out for you and your wellbeing.”

Burns, the Cast Member, allowed Thomas to hold her hand for the duration of the ride. Along the way, Burns pointed out things about the attraction that she felt would interest Thomas’s daughter, Julia.

Thomas took to social media to praise Burns and to hopefully find her via Facebook to thank her again for her uncommon kindness. Luckily, she was able to do just that. And Burns responded back to Thomas:

“Hi Jessica, thank you so much for taking the time to write that post. Guests like you are the reason I work at Disney,” Burns responded.

Have you ever had an amazing experience with a Cast Member at a Disney Park? Take a moment to let us know how a Cast Member made your visit just a little more magical in the comments section below.