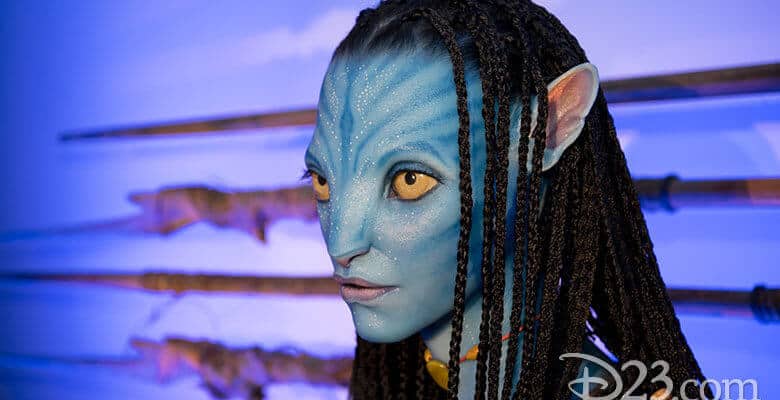 For the first time ever, the World of Avatar is part of the D23 Expo, and we couldn’t be more excited!

Since 2009 when James Cameron’s “Avatar” was first released, fans have been wowed with the film’s impressive use of cutting-edge performance-capture technology. The mountain banshees. The Na’vi. And you’ve got to admit those blue avatars just look really cool.

And now that Pandora: The World of Avatar has taken up residence at Animal Kingdom at Walt Disney World, a new generation of Avatar fans is developing.

This year marks the first time that “Avatar” has been highlighted at the D23 Expo. This year’s installation is called “Inside the World of Avatar,” and the props, costumes, models and more that are on display on the second floor in room 207 at the Anaheim Convention Center are drawing people in like flies to honey.

The artifacts and props on display are those that were used in creating the original film, and many were also used in the creation of Pandora: The World of Avatar at Disney World.

If you thought blue avatars were cool, just look at all the other Pandoran items on display at this weekend’s Expo. 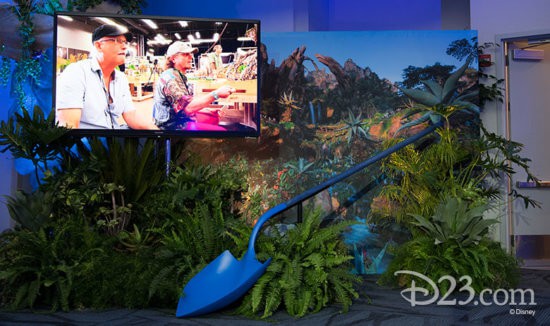 This shovel was used in January 2014 by leaders from Walt Disney Parks and Resorts and leaders from Lightstorm Entertainment. The shovel was used to break ground on the largest expansion in Disney’s Animal Kingdom’s history that would grow into Pandora: The World of Avatar.

This warrior necklace worn by Tsu’tey in “Avatar” was created by Costume Designer Deborah Scott and Costumer Claire Prebbles. 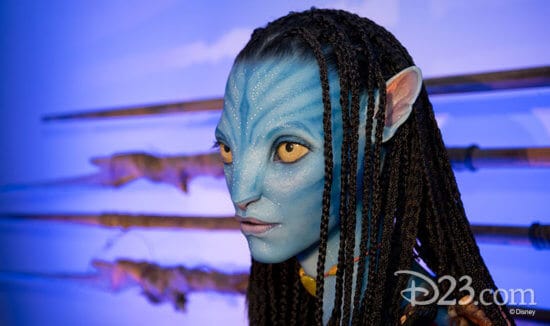 An entire collection of spears, bows, arrows and other weapons handcrafted by the Weta Workshop which was used in the “Avatar” film. First, they were made by hand, and then they were scanned for accuracy for use on the screen in a digital format. 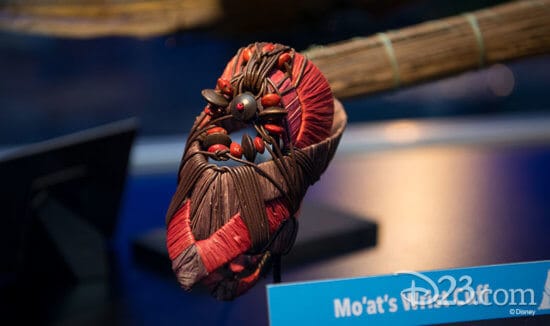 Costume Designer Deborah Scott and Costumer Claire Prebble created this necklace that Jake weaves off-camera in the story of “Avatar” when he is first made a part of the Omatikaya Clan. 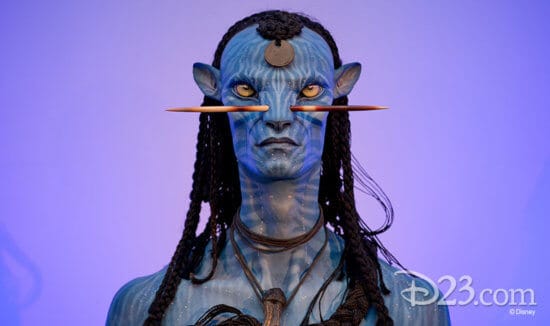 Also on display are maquettes, which are concept pieces used as tiny prototypes for Pandoran animals that would be created digitally for the film and later for use in the new land at Animal Kingdom. 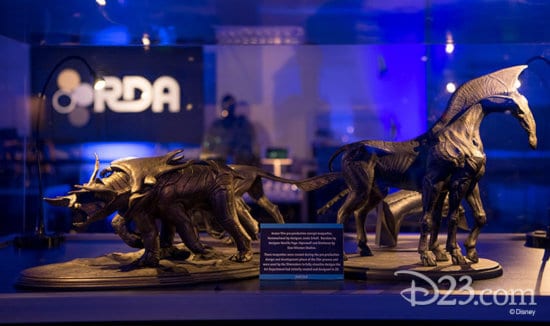 Lots of other items used in the film and in the creation of Pandora: The World of Avatar are on display at the D23 Expo this weekend. If you’re there, don’t forget to stop in on the second floor in room 207 to see pieces of filmmaking and park-building history. 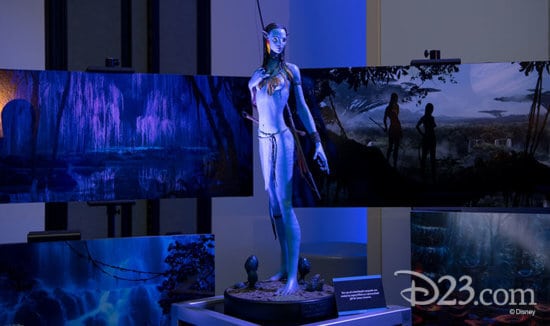 Are you at the Expo this weekend? Have you stopped by to see these amazing artifacts? Let us know in the comments below!