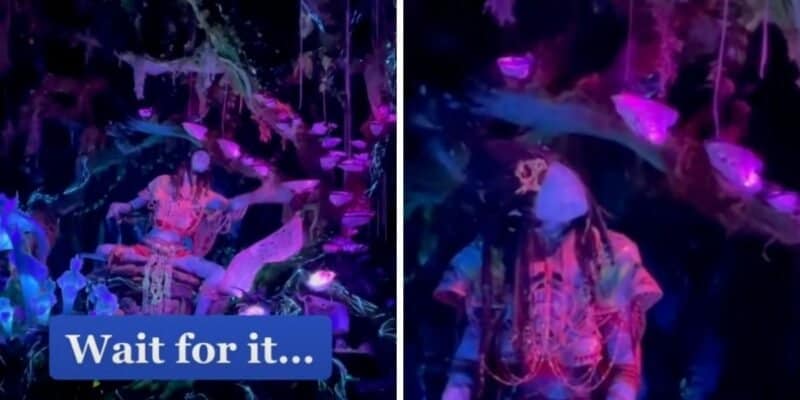 Both Images: Credit Screenshot via @erinn_disneyplanner

If you’ve ever been on Na’vi River Journey at Disney’s Animal Kingdom, you know it is filled with beautiful scenery and one of the most advanced and incredible animatronics on Disney World property — Big Toe.

Well, when Disney Guests were riding the Animal Kingdom attraction this weekend, it seems as though Big Toe decided to take a nap mid-ride as the animatronic abruptly stopped working.

Erinn (@erinn_disneyplanner) took to TikTok to share a video of their recent visit to Na’vi River Journey, where you can clearly see the Big Toe animatronic stop working mid-ride:

This is not the first time we reported on Big Toe malfunctioning while Guests were on the ride. Earlier this year, we shared how the animatronic toppled over, which you can read more about here. We are unsure as to what caused the animatronic to stop working mid-ride, but it seems as though the situation has been fixed as the ride is up and running with no other reports of Big Toe malfunctioning.

You can see what the Big Toe animatronic is supposed to look like in our YouTube video here:

Have you ever been on Na’vi River Journey? Let us know in the comments below.

Comments Off on Disney World Animatronic Abruptly Breaks Down Mid-Ride