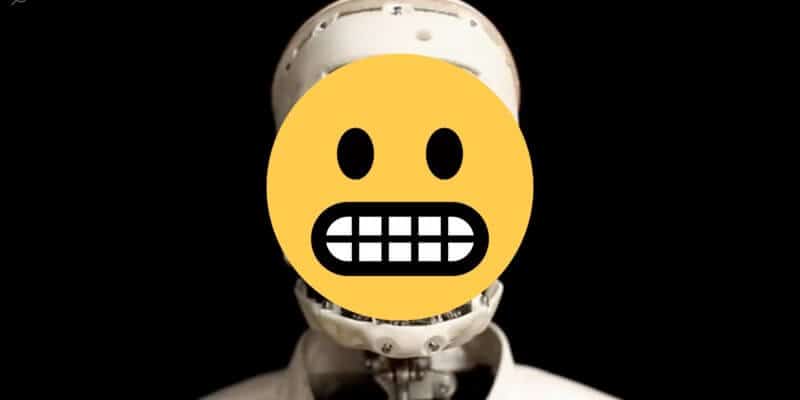 It looks like Walt Disney Imagineers have finally created an animatronic that looks right back at you.

Disney is always innovating and Imagineering the latest and greatest technology when it comes to animatronic creation, and it seems they have outdone themselves once more — but this one is a little scary looking.

When you look at a human being, one of the ways you know they are engaged and focused on you is through their eyes. Humans stare intently on their focus, they make eye-contact, which all, in turn, creates a real presence that that person is paying attention to you.

Disney animatronics have only gotten better over the years from Pandora: World of Avatars crowning achievement of the Shaman animatronic that you get to see at the end of Na’vi River Journey at Animal Kingdom, to the new projection-based animatronics that we see of Anna and Elsa on Frozen Ever After at EPCOT.

Each animatronic is amazing in its own right, but Disney has now found a way to integrate realistic eye-contact and movement, which is going to make it even harder to tell these animatronics apart from humans. Gizmodo reported that:

The robot, which mostly consists of a static torso (wearing a stylish dress shirt) supporting a highly animated and articulated head, was developed by engineers at Disney’s Research division, Walt Disney Imagineering, and robotics researchers from the University of Illinois, Urbana-Champaign and the California Institute of Technology. It seems like a lot of people for an animatronic that just barely resembles a human being, but despite the lack of muscles and skin, it represents an impressive leap forward when it comes to making a human-like robot that could potentially fool a real person.

And if you want to see just how life-like this animatronic can be, check out this video below.

Imagineers wrote an article entitled ‘Realistic and Interactive Robot Gaze’  where they described the way in which they have been able to develop a layered system that can allow for realistic human gazes and movement.

Using a chest-mounted sensor, the robot can identify when a person is trying to engage with it directly and turn to face them, but this behavior is then enhanced with a series of other smaller motions layered on top. These can include attention habituation where an external stimuli, like a sudden sound in the distance, can cause the robot to momentarily shift its gaze to try and determine the source, but eventually return to focusing on a person’s face. Saccades, which are quick darting movements of the eye as it’s examining the entirety of a subject’s face, head movements that occur as a result of simulated breathing, and even simple realistic blinking motions are all possible.

Right now, the animatronic is skinless, leaving it to look slightly terrifying, but once a fun-loving Disney character embodies the exterior of this new Disney animatronic, Guests will be able to step even further into the films they love so much, and meet their favorite princesses and heroes.

We do not yet know where Disney plans to use this new animatronic technology, but if you subscribe below to our newsletter, you will be among the first to know what Disney theme park you can find it in! But for now, I think it’s safe to say that if our world is ever going to be run by robots, we hope that they are Disney animatronics.

How amazing is this new Disney animatronic?