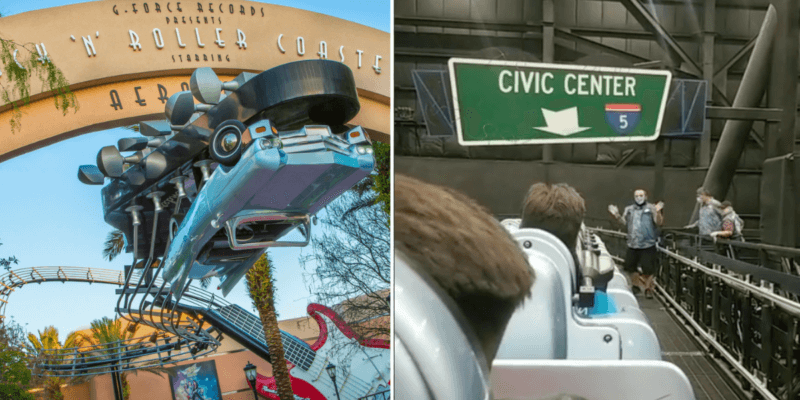 The Walt Disney Resort in Orlando is unparalleled when it comes to an immersive, entertaining experience. The fan-favorite Disney Resort aims to deliver a uniquely magical time for all Guests, and joy can be found across all six of their theme parks like EPCOT, Disney’s Animal Kingdom, and water park Blizzard Beach, as well as the retail and foodie heaven, Disney Springs.

While Disney Parks do intend for Guests to have a smooth vacation, there are sometimes bumps in the road, and recently visitors attending Disney’s Hollywood Studios got more than they bargained for when riding one of Walt Disney World’s most popular attractions.

Nestled away in Disney’s Hollywood Studios, Rock ‘n’ Rollercoaster Starring Aerosmith is one of Disney’s fastest thrill rides. 1999 saw the arrival of the coaster and over the years, its popularity continues to soar, despite more recent additions like Star Wars: Galaxy’s Edge and Toy Story Land. Yet even after its long tenure at the Walt Disney World Resort, the ride still occasionally faces difficulties and recently it faced an evacuation which saw Guests stuck on Rock ‘n’ Roller Coaster for 30 minutes.

Taking to TikTok to share their experience @halyeeyee_ revealed what happened during the unfortunate incident. As the video reveals, these riders “got stuck” on the ride for “30 minutes”. That is certainly a long time to be stuck on the attraction but the video does manage to show off the inside of Rock ‘n’ Roller Coaster with the lights on. So, if you want to see the parts of the track that usually make you scream then now you can!

♬ I Don’t Want to Miss a Thing – Aerosmith

Regarding the evacuation, @halyeeyee_ did reveal some interesting information. Replying to comments on their video, the TikToker said:

They also said that — “[they] stopped recording when Cast Members asked [them] to stop and helped [them] evacuate.” And it’s a good job they did stop because the TikToker shared that they were evacuated from the “highest hill”

“…we were on the highest hill and had a lot of stairs. they say no filming as you evacuate for this reason it was many steps.”

In the video, you can see just how big the coaster and all of its parts are — it’s hard to imagine while riding what a feat of engineering the Aerosmith-themed attraction is, but due to this, albeit unfortunate event, you can have a good look at what makes up this super-fast rollercoaster. After all, it does include “2 rollover loops and one corkscrew”.

It’s not the first time that evacuations have happened on one of Disney’s rides. In fact, a number of popular attractions have succumbed to technical difficulties over the last few weeks. Magic Kingdom’s Pirates of the Caribbean ride broke down a couple of times, leaving Guests able to experience the Disney World attraction with the lights on. The same park — which features the impressive Cinderella Castle as its icon — also saw frustrated Guests break out into song after becoming stuck on the Seven Dwarfs Mine Train.

Back in Disney’s Hollywood Studios, Mickey & Minnie’s Runaway Railway also faced a number of evacuations recently. It must be said, however, that while the disruptive nature of a ride breaking down can affect a Guest’s Walt Disney World vacation, the Resort does try and retain the magic by offering them a chance to return to the ride or another of their choice, when it is reopened.

And it’s not always theme park rides that cause issues at Disney’s Parks — this week also saw a Minnie Mouse costume malfunction that led to the character running off mid-performance.

For context, here is the official description of Rock ‘n’ Rollercoaster Starring Aerosmith:

Have you ever been evacuated from a Disney World ride? Let us know in the comments!