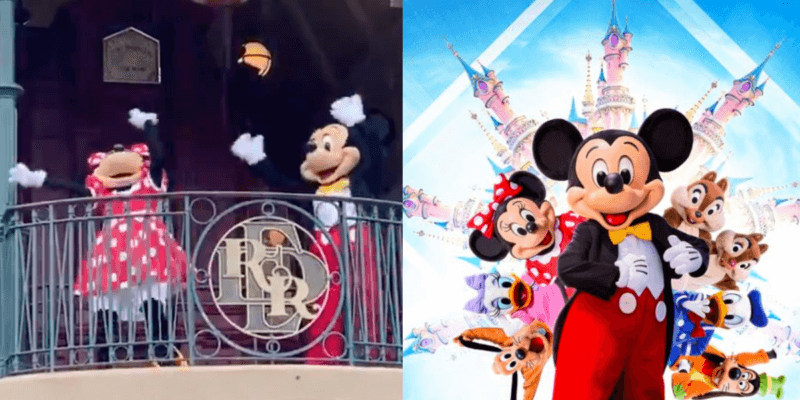 One of the best parts of any Disney vacation is the entertainment. Whether it’s parades or fireworks, castle shows, or character sing-alongs, the Disney Parks are renowned for their high energy, engaging entertainment.

Despite Disney’s efforts to remain ultra-polished and industry-leading in terms of a unified magical experience sometimes that entertainment can go slightly wrong, as Guests visiting Disneyland Paris found out recently.

Last month marked a huge occasion for the Disney Park portfolio as Disneyland Paris finally reopened after the extended closure due to the pandemic. Disneyland Paris’ opening meant that for the first time in over a year all the world’s Disney Parks were once again open to visitors.

Made up of two parks as well as the Disney Village, Guests visiting Disneyland Paris can either enjoy time their time at Sleeping Beauty Castle in Disneyland Park or across the way at Walt Disney Studios Park which is modeled as the companion of Walt Disney World’s Disney’s Hollywood Studios. Both Parks are unique in their own way and offer a huge slate of rides, attractions, and character experiences.

Fun fact! Disneyland Paris is the only Disney theme park outside of the United States that is wholly owned by The Walt Disney Company, differing from other popular destinations like Tokyo Disney Resort and Hong Kong Disneyland Resort.

While Disney aims to ensure a smooth operation of its attractions and entertainment, sometimes things do go wrong. Whether it’s rides being evacuated or Guests stuck on coasters — this group actually started singing to pass the time –, the Disney magic occasionally slips and a little bit of the real world seeps in.

Recently, Guests visiting Disneyland Park at Disneyland Paris got more than they bargained for while watching a performance from Mickey and friends. As the characters danced their hearts out creating magic for the Disney Guests, something else was happening on stage that caused one of the famous characters to dart off mid-performance.

During a rather energetic routine, Minnie Mouse lost her bloomers leading to the character running off of the platform to secure her costume. Disney Guest, Alexandra B. (@Alexandra_Ball) caught the moment.

Poor Minnie!!!….. it’s happened to the best of us ??? #DisneylandParis pic.twitter.com/EVadeiQ3zu

Minnie is seen dancing alongside her partner Mickey Mouse, and other characters like Pluto and Chip and Dale. She’s really going for it, delivering the performance of her life when unfortunately the worst happens — her bloomers fall down leaving the Disney icon exposed to the crowds.

She rectifies the situation by running off-stage leaving Mickey to fly solo up on the platform. It’s all rather chaotic for Minnie, who moments earlier was entertaining Guests and making magical memories, but in true Disney fashion, the show went on. Note Mickey looking over at Minnie following her departure mid-performance…true love.

One commenter, Steven M. (@Figment1988) made a rather hilarious reference to another popular Disney attraction.

Holy wardrobe malfunctions, Batman! Minnie’s bloomers dropped down like the Tower of Terror.

Holy wardrobe malfunctions, Batman! Minnie's bloomers dropped down like the Tower of Terror.

Minnie’s costume malfunction is unlikely to have ruined any of the Guests experiences, if anything it gave them a unique memory for their Disneyland Paris trip. And what are Disney vacations if not times to make, in this case, rather hilarious memories?

If you’re wanting to visit Disneyland Paris in the hopes to catch any more magical mishaps then be sure to check the current restrictions and government guidance regarding the ongoing pandemic as there may be modifications to select attractions — you can check the current health and safety guidelines for Disney Park here.

Have you ever experienced any character costume mishaps? Let us know in the comments!