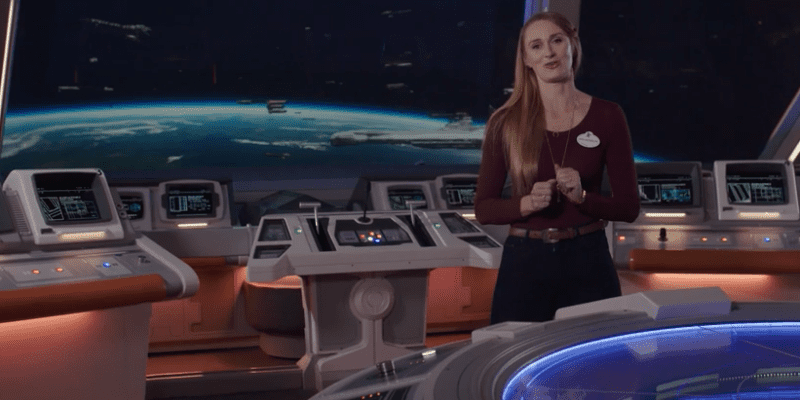 Recently, as excitement should be mounting for the first “voyage” of the Star Wars: Galactic Starcruiser — a Walt Disney World Resort hotel designed to look like a Corellian luxury starliner from the Star Wars universe — Disney Imagineers and executives have been, instead, receiving backlash regarding the design of the starship and its marketing materials.

Referring to the hotel — which averages about $6,000 per stateroom for a two-night stay — as “pathetic” and generally blasting its design, many Star Wars fans are not sold on the Starcruiser.

Now, per a new video [below], it seems that officials are aware of the icy reception the new Resort has received so far. The footage notes:

This claim is bolstered by the fact that Disney removed a recent Starcruiser video after fans left negative comments on social media.

The video goes on to note why, exactly, Walt Disney Imagineering went in the direction they did with the sparse, somewhat utilitarian rooms in a hotel that is supposed to be the lap of luxury in a galaxy far, far away:

“The rooms are kind of plain and boring because they don’t want you to be in the rooms. They want you to be out of the rooms experiencing all of these different things. Like this little launch teaser here [below], this is a woman, this a spy, she gives him coordinates to do something and, uh, this is a family that’s staying there and they’re going to the Galactic Starcruiser, so that’s just what they are trying to advertise [the experience, not the rooms].”

Despite the recent online backlash, Disney is deeply committed to the immersive experience. CEO Bob Chapek has said the two-night stay will leave Guests “blown away” and Starcruiser Executive Producer and Creative Director Ann Morrow Johnson recently shared details about what Guests can expect when they set foot on the Halcyon — and it’s not your typical voyage across the galaxy.

During a media event, she shared:

“Star Wars: Galactic Starcruiser is a completely first-of-its-kind vacation experience where Guests get to spend two nights living out a story in the Star Wars universe. It’s not really a hotel, it’s not really immersive theater, it’s not really a theme park, it’s not really gameplay — it’s kind of an intersection of all of those things where Guests get to play a role and choose their path within the Star Wars story. So when you come on board, you’ve got everything from your food, your activities, your accommodations onboard as well as your shore excursion in kind of a traditional cruise-style model, if you will. But of course, you’re on the one fateful journey that goes horribly, horribly wrong, and you get wrapped up in the action.”

While we know certain details about the Galactic Starcruiser experience — like the fact that Chewbacca, Rey, and Kylo Ren will all be on board and Guests will take a port excursion to Batuu’s Black Spire Outpost — many details about this first-of-its-kind Walt Disney World Resort hotel have not been confirmed at this time.

What do you think about the Starcruiser? Do you love it or loathe it so far?