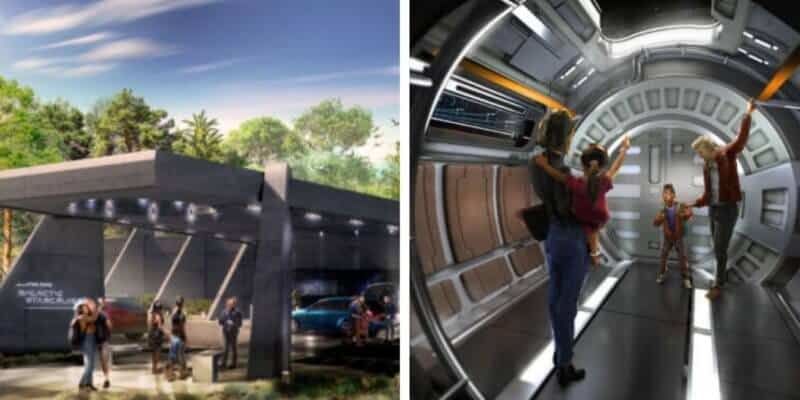 Opening in spring 2022, Guests will be able to board the Halcyon and travel to a galaxy far, far away — and it seems that some Guests may have really bought into the immersive nature of this new Walt Disney World Resort experience.

Guests will be able to enjoy a two-night, three-day Star Wars experience where they can dress up as a character from the franchise, complete missions, and undergo a specifically planned itinerary that will take them through their very own intergalactic storyline.

Related: What You NEED to Know Before Visiting Galactic Starcruiser

One aspect of the story is that Guests will board the ship, which, per the storyline, will then blast off into space. Although it is part of the Starcruiser’s story, it seems Disney has had to clear up the reality of the situation.

An FAQ page for the Starcruiser is now available on the Walt Disney World website. One of the “Frequently Asked Questions” that Disney is receiving seems to be whether Guests will actually be going to space when they enter the hotel.

Disney’s response to the question is as follows:

While your Star Wars: Galactic Starcruiser voyage is not an actual trip into space, passengers will experience the sensation of voyaging on a starcruiser through space in a galaxy far, far away—just like you have seen in Star Wars movies and shows.

After arriving at the Star Wars: Galactic Starcruiser Terminal, registered Guests will board a launch pod and rendezvous with the waiting Halcyon starcruiser.

So, in terms of the storyline, yes, Guests will launch into a galaxy far, far away, but in reality, a trip into space would cost a lot more than a stay at the Starcruiser!

Once onboard the Halcyon starcruiser, you will see passing ships, planets, stars and other breathtaking galactic sights float past realistic windows that look out into space—including windows in every passenger cabin and suite.

On the second day of the voyage, you’ll board a transport from the starcruiser for a trip down to Black Spire Outpost on Batuu, where you’ll continue your adventure on the exotic planet.

During your 2-night adventure, you will feel like you’ve travelled throughout the Star Wars galaxy. It’s all one seamless story—your Star Wars story!

Disney has definitely ensured that they made it clear that the hotel is not a literal spaceship, although the sensation of space travel will be there. It is not clear how Disney came up with their FAQs for the hotel, but this question must have come up a few times for Disney to feel the need to include it on their website!

Did you ever think that the Galactic Starcruiser would actually take you into space? Let us know your thoughts on this FAQ in the comments below!

If you want to experience the Starcruiser next spring, we can help! Click here to begin your trip today!