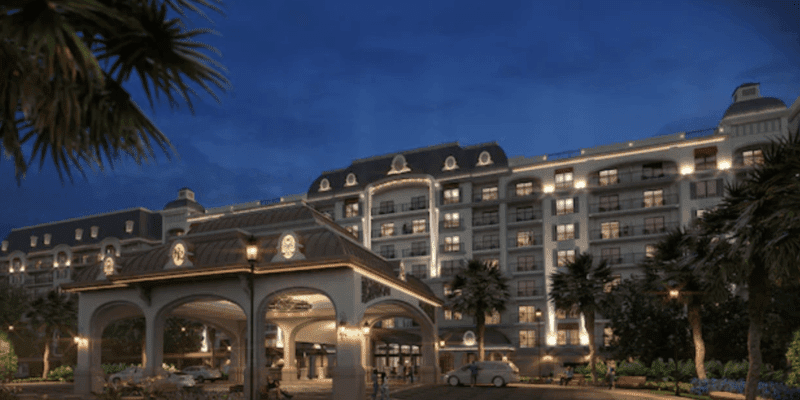 Twitter user @MeTOMicA25 has just reported that fire alarms are currently going off at Disney’s Riviera Resort at Walt Disney World in Orlando.

Fire alarms going off at The Riviera #Disneyworld

An Inside the Magic team member reached out to the social media user and he shared these details with us:

“We just left breakfast at Primo and were walking towards Caribbean Beach. That’s when the alarms started to go off. No one immediately evacuated but then we saw mostly cast members evacuating and lining up near the lake. The fire department arrived and after about 25 minutes the CM’s and guests were back inside.”

At this time, we do not know what caused the fire alarms to be set off and Disney has not made a statement regarding the situation. Inside the Magic will provide updates here should further details about this morning’s Riviera Resort evacuation become available.

Disney’s Riviera Resort is Disney World’s newest onsite hotel and is described as:

Disney’s Riviera Resort is designed to capture the magic of Europe that Walt Disney fell in love with once upon a time.

Upon arrival, you’ll be welcomed home by a palm tree-lined boulevard and the striking façade of this Resort hotel. From the grand archways and porticos to the tower and terraces, Disney’s Riviera Resort is a modern masterpiece of imagination, with each detail drawing upon the influences of Europe and the Mediterranean.

Elegance awaits you inside. The main lobby is appointed with a mix of modern and classic 20th-Century furnishings. You’ll also discover a unique art collection celebrating beloved Disney Characters and icons, influenced by master artists who found inspiration along the European Riviera.

The ambiance extends outdoors—where beautiful gardens, bubbling fountains, lush landscaping and a serene waterfront beckon you to enjoy scenic strolls with your loved ones.

Did you hear the fire alarms going off at Disney’s Riviera Resort today?