The 6 Best Episodes of ‘Star Wars Rebels’ - Inside the Magic 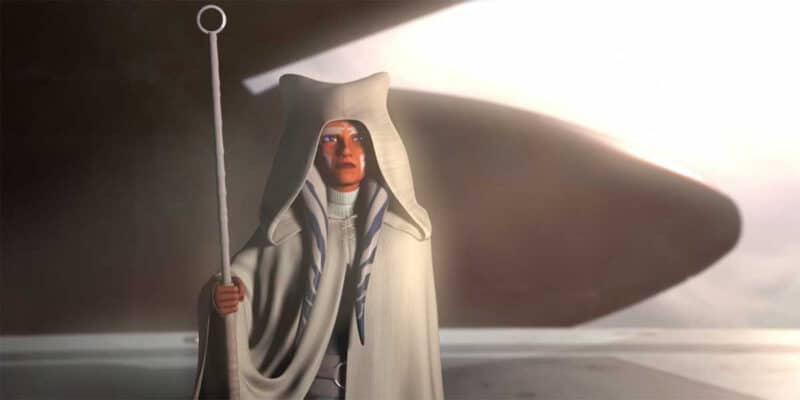 Star Wars Rebels (2014) is the second most beloved animated series from a galaxy far, far away. Though the style of animation differs wildly to fan-favorite show Star Wars: The Clone Wars (2008), as does the overall tone and feel, Rebels still goes hand in hand with its predecessor.

The show even brings back many characters from The Clone Wars, such as Bo-Katan Kryze (Katee Sackhoff), Captain Rex (Dee Bradley Baker), and Ahsoka Tano (Ashley Eckstein). Now, Ahsoka will soon be getting her own live-action series, which is said to be a sequel of sorts to Rebels.

Characters such as Sabine Wren (Tiya Sircar), Hera Syndulla (Vanessa Marshall), and Ezra Bridger (Taylor Gray) will all be appearing in the upcoming series, and will be brought to life in live action by Natasha Liu Bordizzo, Mary Elizabeth Winstead (rumored), and Eman Esfandi.

While Ahsoka (2023) isn’t due to premiere on Disney+ some time later this year, there’s really no better time to celebrate the critically acclaimed Star Wars show that inspired it. So here are the six very best episodes from Star Wars Rebels.

While on a deep space mission to find fuel for the ship, the rebels encounter a pod of legendary space-dwelling creatures known as the purrgil. However, the Techno Union asteroid mining station threatens these magnificent beasts, so it’s up to Ezra and the gang to protect them.

Watching our heroes do battle while literally on the edge of an eternal void might leave your palms feeling a little sweaty — there’s really no other episode quite like this one — but the real stars in Season 2’s “The Call” are the purrgil, which break new ground for the faraway galaxy.

Technically speaking, though, they “break” space, as they’re able to “naturally” jump into hyperspace, and, as such (according to legend at least), inspired people all over the galaxy to learn how to travel among the stars a long time ago.

Season 2’s epic finale “Twilight of the Apprentice” is a two-episode event, and if we could, we’d lump them both into this ranking, but seeing as we’ve committed to only six episodes, it’s only fair that we pick the best of the two. And this is an easy choice, because “Part Two” is incredibly epic.

After trying to retrieve a Sith Holocron in a temple on Malachor, Ezra and Kanan come face to face with Maul (Sam Witwer). Kanan is ultimately left blinded by the disgraced Sith Lord, while Ahsoka, after 14 long years, finally comes face to face with her old Jedi Master.

Ahsoka and Anakin Skywalker/Darth Vader (James Earl Jones) lock lightsabers, however, Ezra and the others are forced to leave Ashoka’s fate in Vader’s hands. While this episode has a beautiful epilogue, things aren’t fully resolved until a certain Season 4 episode…

Even during his somewhat brief time in The Clone Wars, Mau proves that he is among the most complex, dynamic, and entertaining Star Wars villains of all time. Fortunately, Rebels recognizes this, and doesn’t waste much time before bringing him back into the fold.

In “Twin Suns”, Maul is on the hunt for Obi-Wan Kenobi (James Arnold Taylor), following their battle in Star Wars: Episode I — The Phantom Menace (1999). But as Rebels is set five years before Star Wars: Episode IV — A New Hope (1977), Obi-Wan is already on Tatooine.

What’s particularly surprising about their eventual encounter is just how brief it is, but this makes it all the more emotional. It’s hardly among the most epic lightsaber duels, as Obi-Wan swiftly defeats Maul, but it leads to some surprisingly emotional dialogue on Maul’s part.

It’s fair to say that Rebels starts out with some family-friendly beats, especially when you compare it with just how bleak things get in The Clone Wars Season 7. Things mature pretty quickly, though, and by the end of Season 2, Rebels is almost as dark and gritty as its predecessor.

Some moments stand out more than others, though, and nothing spells utter bleakness like the death of a major character. In this case, it’s Kanan Jarrus, also known as Caleb Dume (Freddie Prinze Jr.), who dies saving his fellow rebels from the unforgiving wrath of the Galactic Empire.

Kanan’s demise is one of the most tragic deaths in Star Wars history, largely because we feel the loss through Kanan’s wife, Hera Syndulla. And like “Twilight of the Apprentice”, it’s a storyline that’s revisited in the Season 4 episode “A World Between Worlds”.

“A World Between Worlds” might just be the most talked-about episode from Rebels. Not only are Star Wars fans expecting this concept to be revisited in Ahsoka, but the fact that the franchise actually introduces time travel continues to surprise many.

The Season 4 episode finds Ezra stranded in a mystical dimension; a series of interconnected pathways and portals suspended in a galactic setting, where time and space do not exist, and where he can hear the voices of Jedi past, present, and future.

“Voice cameos” range from Qui-Gon Jinn (Liam Neeson) all the way through to Rey Skywalker (Daisy Ridley), so, much like The Clone Wars’ episode “Shattered”, “A World Between Worlds” directly acknowledges the Star Wars films as canon, which is incredibly cool.

Related: After 10 Years, Two Fan-Favorite Jedi Are Finally About to Be Reunited

And so we arrive at the last episode on our list, which also happens to be the last episode in Rebels — Season 4’s finale “Family Reunion and Farewell — Part Two”. As you might imagine, there’s a lot to unpack in this episode, but highlighting its very best moments is the best way to sum it up.

As the rebels fight to protect Lothal from Grand Admiral Thrawn’s Imperial forces, Ezra sacrifices himself for his friends by disappearing with Thrawn (Lars Mikkelsen) when the purrgil drag his flagship into hyperspace, leaving the fate of both the hero and the villain unknown.

We then jump forward five years later, in the midst of the celebrations that follow the Battle of Endor, as seen in Star Wars: Episode VI — Return of the Jedi (1983). In closing, we see a white-robed Ahsoka return to help Sabine find their lost friend, Ezra.

As per Disney+, here’s the synopsis for Star Wars Rebels:

The live-action Rebels follow-up series Ahsoka will premiere on Disney+ in 2023.

Other upcoming Star Wars shows include The Mandalorian Season 3 (2023) and Skeleton Crew (2023).

What are your favorite episodes from Star Wars Rebels? Let us know in the comments below!