After 10 Years, Two Fan-Favorite Jedi Are Finally About to Be Reunited - Inside the Magic 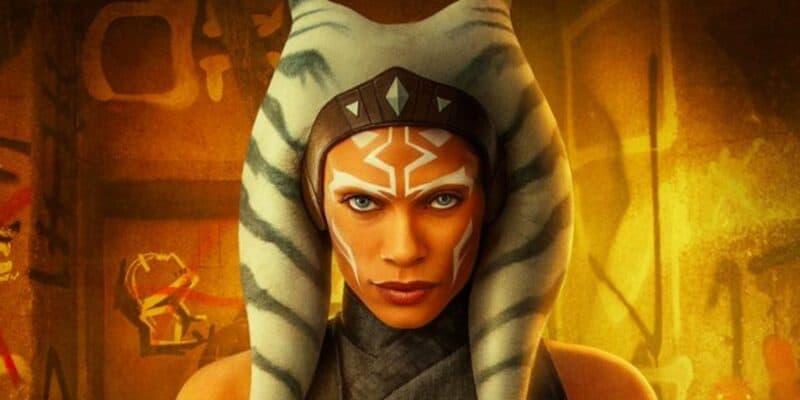 Ahsoka (2023) will soon be arriving on Disney+, and now, an alleged plot leak details how Ahsoka Tano (Rosario Dawson) and Ezra Bridger (Eman Esfandi) will reunite several years after they last saw each other in the animated show Star Wars: Rebels (2014).

According to Making Star Wars (via SFF Gazette), Ahsoka, Ezra, and Sabine Wren (Natasha Liu Bordizzo) will reunite and, shortly thereafter, face off against a battalion of “new” soldiers known as the “Saraassia” — stormtroopers with a unique new look who work for Grand Admiral Thrawn.

Ezra hasn’t been seen since the Rebels Season 4 finale, in which he disappears with the purrgil when they jump into hyperspace, taking Grand Admiral Thrawn (Lars Mikkelsen) with him. Ahsoka, which takes place some 10 years after the animated show, will reportedly revolve around the Togruta Jedi’s search for Ezra, with the help of Sabine Wren. And now, it looks like the three will finally be reunited.

These troopers will be on the hunt, serving Thrawn, under the command of Baylon, but led into battle by the red sabered user named Shin. They will be tracking the reunited Ezra, Sabine, and Ahsoka.

Shin will take these “Saraassian” Stormtroopers with her as she hunts Ahsoka Tano, Ezra Bridger, and Sabine Wren. When the trio is finally reunited, they will face off against this new take on the Imperial Stormtrooper.

Making Star Wars recently reported that actress Ivanna Sakhno, who was cast in Ahsoka last year, is rumored to be playing the villain Shin, although this is yet to be confirmed.

It has not yet been confirmed who’ll be playing Thrawn, but fans have been calling for Rebels voice actor Lars Mikkelsen to reprise his role. We do, however, know that most of the titular rebels will be making an appearance, such as Ezra, Sabine, and even Hera Syndulla.

It was recently reported that Mary Elizabeth Winstead, the wife of Obi-Wan Kenobi actor Ewan McGregor, is expected to play the Twi-lek pilot (she’s confirmed to be appearing in the show either way). Even Hera’s trusted Astromech droid Chopper will be making an appearance.

Unfortunately, there has been no news surrounding the character of Lasat warrior Garazeb “Zeb” Orrelios (although we have a good idea as to who should play him), or even Kanan Jarrus/Caleb Dume (who is voiced by Freddie Prinze Jr. in the animated show).

Another recent rumor from Making Star Wars suggests that there will be multiple actresses playing Ahsoka in the show, which could have something to do with the “World Between Worlds” concept. In fact, there are a number of hopefuls who could end up donning the montrals.

With Ahsoka shaping up to a sequel to Rebels, it could play heavily into this concept, which has only been used in the Season 4 episode of the same name, in which Ezra Bridger (Taylor Gray) pulls Ahsoka (Ashley Eckstein) into the mystical realm where space and time do no exist.

While the rumor details a part of their reunion, it doesn’t reveal how they find each other after all these years. Either way, let’s hope it has something to do with the World Between Worlds. After all, introducing time travel in Ahsoka could pave the way for the Star Wars Multiverse.

This could even help answer some questions. For starters, where is Ahsoka during all three Star Wars trilogies? And is she a time-traveller? It could also allow the show to revisit iconic moments throughout Star Wars history. The World Between Worlds is one of many things fans expect to see in Ahsoka.

Ahsoka will premiere on Disney+ in 2023.

In the meantime, check out our full recap of Ahsoka Tano’s journey in Star Wars so far before the live-action series arrives.

Are you looking forward to seeing Ahsoka and Ezra reunite? Let us know in the comments down below!