'Star Wars' Is Officially Changing the Stormtroopers, Craziest Version In 46-Year History Revealed - Inside the Magic 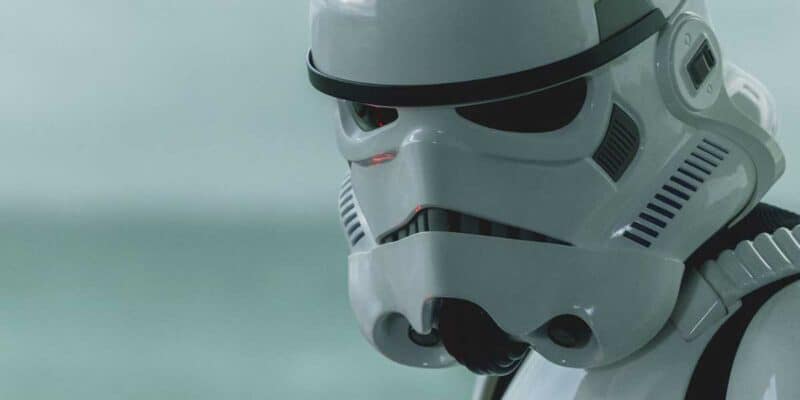 With a franchise forty years strong, new ideas are needed to keep the galaxy far, far away alive — but will this change to the former clone trooper model be celebrated or condemned?

Star Wars is currently navigating turbulent waters. With a respectable but mismanaged sequel effort, the first under The Walt Disney Company and Lucasfilm President Kathleen Kennedy, fans have been leaning on the stronger and tighter Disney+ outings — minus The Book of the Boba Fett, of course.

It all began with The Mandalorian, and since, the Disney streaming platform’s growth in the Star Wars arena has been consistent. Offerings like Dave Filoni’s The Bad Batch, which is currently in its second season, and the critically-acclaimed Andor from creator Tony Gilroy, have expanded on Star Wars lore, deepening the canon even more. And it only looks to be taken even further.

Many cite Star Wars: The Clone Wars as the biggest single entry into the Star Wars franchise that tackles a multitude of different aspects of the galaxy. From new planets to new characters, magic, the Force, and Jedi lore, The Clone Wars, and by extension Star Wars Rebels, dedicated much of its time to exploring elements of the franchise the live-action movies simply did not have time — or budget — for.

One of the most beloved new assets that came from The Clone Wars was former Jedi Padawan Ahsoka Tano, played by Ashley Eckstein. Introduced in the film of the same name, Ahsoka grew exponentially over the course of the Clone War as Anakin Skywalker’s (Matt Lanter), AKA the future Darth Vader, Padawan learner.

And this year, Ahsoka will finally lead her own live-action series as part of the streamer’s “Mando-Verse”, along with The Mandalorian and The Book of Boba Fett, set after the events of George Lucas’s Star Wars: Episode VI — Return of the Jedi (1983).

From snowtroopers to shoretroopers, there have been many versions of stormtroopers over the years but it is in Ahsoka that fans will see perhaps the craziest and weirdest version of the former clone troopers in the franchise’s history.

According to Making Star Wars (via SFF Gazette), Ahsoka will deliver a wild version of the stormtroopers that harks to a key moment in the sequel trilogy, specifically a connection to fan-favorite Kylo Ren’s (Adam Driver) reforged “kintsugi” helmet. The report reads:

With Stormtroopers in short supply after the Empire’s defeat, it’s said that those who report to Grand Admiral Thrawn will be decked out in rebuilt and reforged armour that is covered in gold or yellow “cracks” and “veins.”

Ahsoka, like its companions, is set five years post-Return of the Jedi, and as such, the fall of the Galactic Empire has left many of their forces in disarray. The report continues with this analysis:

“…[the Stormtroopers] had their armor cracked like glass and then in an awesome showing of power, put back together like Humpty Dumpty. Did the soldiers under those sets of armor die? Did the Nightsisters resurrect the Stormtroopers with rebuilt armor?”

It would be an intriguing concept if the stormtroopers were resurrected incarnations of their previous selves; of course, any time a deep use of magic or the Force is explored in live-action, there will be divisions amongst the fandom — the Force projection of Luke Skywalker in Star Wars: Episode VIII — The Last Jedi (2017) is still a hugely contested part of the franchise’s history.

However Ahsoka handles the debut of this alternate version of the stormtroopers won’t be known until the show officially begins airing on Disney+. Ahsoka is from the minds of Jon Favreau and Dave Filoni and will star Rosario Dawson as the titular character as well as Natasha Liu Bordizzio as Sabine Wren, Hayden Christensen as Anakin Skywalker, and Eman Esfandi as Ezra Bridger.

It’s long been teased that Ahsoka will be a sequel of sorts to Rebels with the fan-favorite character searching for both Grand Admiral Thrawn and Ezra. Ivanna Sakhno, Mary Elizabeth Winstead, and Ray Stevenson have also been cast in undisclosed roles.

Ahsoka is slated to air this year.

Are you looking forward to a new iteration of the stormtroopers? Let us know in the comments down below!