'Ahsoka' Could Revisit Iconic 'Star Wars' Moments, But Not In the Way You Think - Inside the Magic 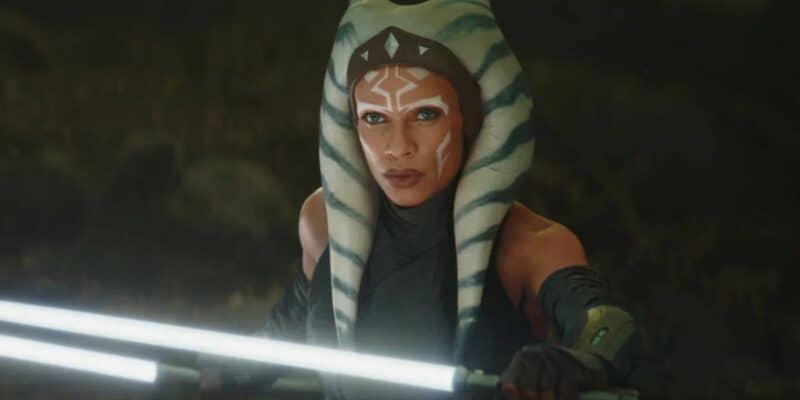 Now, she’s set to headline her very own series, which will be a sequel to animated show Star Wars: Rebels (2014), as it will bring some characters to life in live action, such as Ezra Bridger and Sabine Wren, who will be played by Eman Esfandi and Natasha Liu Bordizzo. It was also recently reported that Mary Elizabeth Winstead is expected to play Hera Syndulla.

There are many things Star Wars fans expect from the show, however, one of them is something that could change the faraway galaxy forever. The “World Between Worlds” concept from Rebels Season 4 is very likely to be reintroduced in Ahsoka, as it plays a significant role in the character’s backstory, and may provide answers to many questions we have about her.

After being pulled into the mystical realm by Ezra Bridger (Taylor Gray) in Rebels, it is understood that Ahsoka embarked on a deeper spiritual journey in the years thereafter, having been moved by her experience. Ahsoka Tano creator Dave Filoni even depicted some of these experiences in a limited story made exclusively for the Topps‘ Star Wars: Card Trader app.

Related: A Recap of Ahsoka Before You Watch the Live-Action Series

By the time we meet her again in the Rebels epilogue, and in The Mandalorian Season 2, Ahsoka seems more spiritual, with creator Dave Filoni having previously compared her to Gandalf from The Lord of the Rings, which would suggest that she “ascended” somehow, having become more attuned to the Force.

There’s even a theory that Ahsoka became a time-traveller of some kind, and is able to move back and forth along the Star Wars timeline, using the World Between Worlds to do so. Whether or not this is something that will be explored in Ahsoka remains to be seen, but it could explain her whereabouts during the original Star Wars trilogy.

Time travel could also create an opportunity for Ahsoka to revisit iconic moments from those films, as well as the Star Wars prequel trilogy and the Star Wars sequel trilogy. While this is unlikely, it would be a unique experience for fans to see Ahsoka travel through time in ways similar to how Avengers: Endgame (2019) sees its characters revisiting previous movies.

Could this be why a number of actresses will reportedly play Ahsoka in the upcoming series, as it’s possible there will be “multiple” versions of Ahsoka due to her time-travelling abilities? Well, only time will tell…

Ahsoka will premiere on Disney+ in 2023.

It is unknown whether or not Zeb Orrelios from Rebels will also be appearing.

Do you think Ahsoka will introduce time travel? Let us know in the comments down below!

Comments Off on ‘Ahsoka’ Could Revisit Iconic ‘Star Wars’ Moments, But Not In the Way You Think