How Did 'Star Wars' Get Away With Including This Scene In a Kids Show?! - Inside the Magic 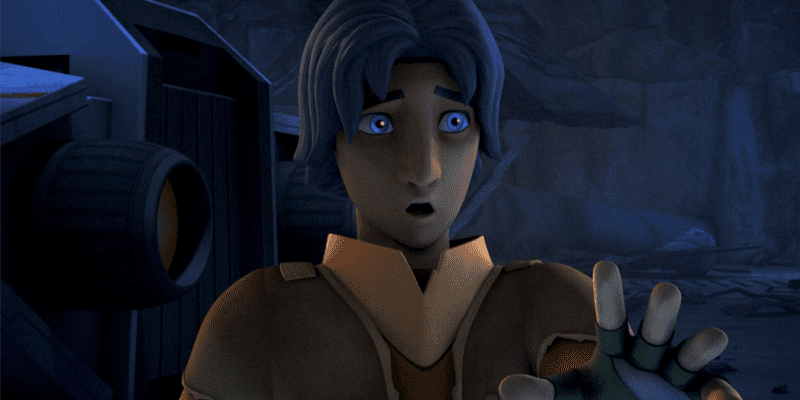 Animated show Star Wars: Rebels (2014) isn’t generally considered to be anywhere near as dark as its equally acclaimed predecessor Star Wars: The Clone Wars (2008), and though it certainly has its moments during the fourth and final season, it’s still suitable for younger viewing.

It would be a lie to suggest that the Star Wars franchise doesn’t have some truly dark moments, though, and some that are likely to terrify Padawans, no matter their skillset with a lightsaber. And Rebels is certainly no exception, though it has very little to do with those creepy Inquisitors.

In Season 1’s “Rise of the Old Masters”, Jedi Kanan Jarrus (Freddie Prinze Jr.) and Padawan Ezra Bridger (Taylor Gray) believe they’ve found Jedi Master Luminara Unduli, who hasn’t been seen since the Great Purge/Order 66 at the end of the Clone Wars, some 14 years ago.

When Kanan and Ezra find her in an Imperial prison cell, she gets up from her seat and walks over to them without saying a word. Then she turns and walks into the wall, only to appear on the other side as if she has been frozen in carbonite — and her solid face is the stuff of nightmares!

Check out the horrifying scene below in the video titled “The Most Horrific Scene In Star Wars Rebels (Jedi Master Luminara)”, courtesy of YouTube channel “Everything Star Wars“:

However, this turns out to be a trap set by the Grand Inquisitor (Jason Isaacs), who appears behind the two Jedi moments later. We learn that Luminara was actually killed a long time ago, shortly after Order 66, although she was arrested and tortured by the Empire first.

Now, her body is used to attract any Jedi hopeful that she’s still alive. As for the frozen figure inside the wall, this is indeed Luminara’s corpse, while the holographic transmission of her captivity — the “ghost”, if you will — is used to lure Jedi so they too can be captured and killed.

This in itself is pretty unsettling, but the face in the wall is likely to cause nightmares for younger viewers, and even we find it extremely disturbing. Either way, it looks more like something out of Silent Hill than Star Wars!

As per Disney+, here’s the synopsis for Star Wars: Rebels:

The show is now streaming on Disney+.

Did you find this scene to be the stuff of nightmares? Let us know in the comments down below!