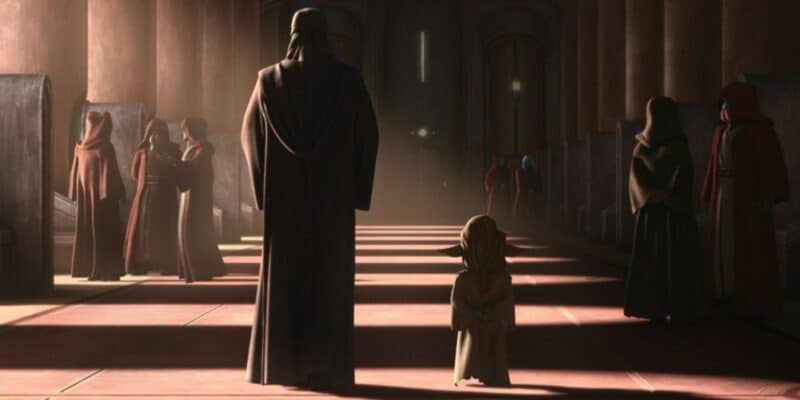 Star Wars: Tales of the Jedi (2022) is a brilliant addition to the Star Wars universe. With just six short episodes, it enriches the faraway galaxy in ways that haven’t been seen since the critically acclaimed animated series Star Wars: The Clone Wars (2008).

Once again, Disney and Lucasfilm have proven that Star Wars is at its strongest when it’s animated, while its live-action shows, such as The Book of Boba Fett (2021), Obi-Wan Kenobi (2022), and Andor (2022), leave a lot to be desired, and have been quite divisive among fans.

One stand-out episode in Tales of the Jedi is “The Sith Lord”, which properly introduces Yaddle (Bryce Dallas Howard), a Jedi who’s the same species as Jedi Master Yoda and Grogu (AKA Baby Yoda), who had only been seen in Star Wars: Episode I — The Phantom Menace (1999).

Yaddle is suspicious of fellow Jedi Master Count Dooku (Corey Burton), who, as we know, winds up becoming the Sith Lord Darth Tyranus. But her investigations lead to her untimely death at the hands of Dooku, thus allowing him to complete his journey to the dark side.

Yaddle has been an instant hit with Star Wars fans — while she meets a dark ending in “The Sith Lord”, she doesn’t go down without a fight. Bryce Dallas Howard also delivers some excellent voice work in bringing the character to life, and it’s great to finally learn a bit more about her.

But will there be a second season of Tales of the Jedi? And if there is, will Yaddle return? Unfortunately, there’s no news about another season just yet, but as the show has been a huge hit on Disney+, it’s very likely more episodes will get commissioned in the near future.

As for Yaddle’s return, this shouldn’t be ruled out, either. After all, Tales of the Jedi is an anthology series, with each episode jumping forward several years and, for the most part, focusing on different characters.

Would you like to see Yaddle return? Let us know in the comments down below!