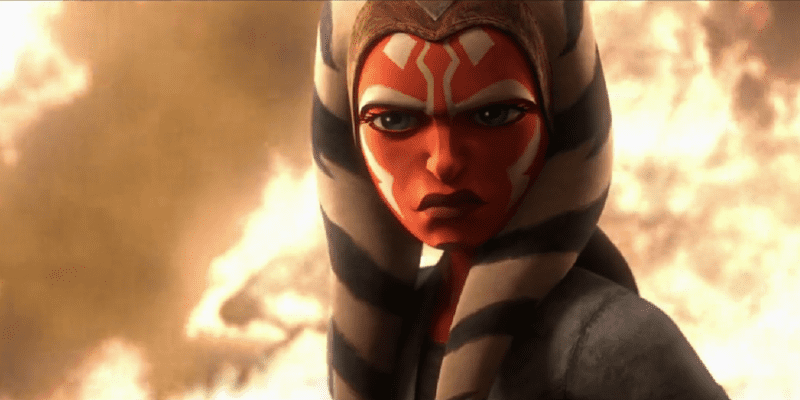 Star Wars: Tales of the Jedi (2022) is the follow-up to the critically acclaimed Star Wars: The Clone Wars (2008), and is now streaming on Disney+. While there are only six episodes in the series, each of them is a masterfully told tale from the faraway galaxy.

Whether or not there will be more episodes remains to be seen, but here’s to hoping that Disney and Lucasfilm will continue to deliver new Star Wars adventures told in this wonderful style of animation (Star Wars: The Bad Batch Season 2 is next).

For now, here are all six episodes from Star Wars: Tales of the Jedi ranked from worst to best.

“Justice” is the second episode in Star Wars: Tales of the Jedi, which introduces us to a young Count Dooku (Corey Burton) during his time as a Jedi Master, and his Padawan, a young Qui-Gon Jinn (Liam Neeson), who looks remarkably like his live-action counterpart.

Together, they travel to a planet to rescue a senator’s kidnapped son, however, they soon learn that the senator is starving the people. The senator later arrives and launches an attack, during which Dooku attempts to Force-choke one of the enemies to death, but he is stopped by Qui-Gon.

“Justice” is a great episode, and it’s fascinating to see a young Dooku working as a Jedi Master — long before he becomes the Sith Lord, Darth Tyranus — but who is evidently already leaning into the dark side to achieve victories he believes are just and noble.

“Choices” continues with a young Jedi Master Count Dooku (who bears a surprising resemblance — both visibly and audibly — to the late Alan Rickman’s Severus Snape), this time pairing him up with Jedi Master Mace Windu (TC Carson), as they investigate the death of a fellow Jedi.

This episode continues to explore how Dooku becomes increasingly disenfranchised with the Jedi Order, when he is passed over for a position on the High Council in favor of Mace Windu, as the council does not condone his darker methods when in the battlefield.

Not only does “Choices” offer even more fascinating insights into Dooku’s relationship with the dark side, there are also echoes of Anakin Skywalker’s ultimate fall from the light to the dark. Once again, you’ll be left questioning the “choices” of the Jedi Order.

Fans of Ahsoka Tano rejoice! For the first time in Star Wars history, we get to meet the beloved Togruta Force-wielder as a young baby on her home planet, Shili — and she’s absolutely adorable, as one might expect. Not only that, we also get to meet Ahsoka’s mother.

“Life and Death” is the first episode in Star Wars: Tales of the Jedi, which features the birth of Ahsoka Tano, who, one year later, is taken out on a hunting expedition with her mother, Pav-ti Tano (Janina Gavankar). However, things take a turn when a large predator attacks them.

Though the villagers come to their aid, Ahsoka is kidnapped by the animal. Fortunately, being a Force-wielder means that she’s able to communicate with her captor and have it take her back home, foreshadowing, of course, a future in which Ahsoka is an incredibly powerful Jedi.

Some of the best moments in Star Wars: The Clone Wars are those that directly acknowledge events from the Star Wars prequel trilogy, in particular the last four episodes, which run parallel with Star Wars: Episode III — Revenge of the Sith (2005).

Star Wars: Tales of the Jedi is not without such moments, as “Resolve” opens with the funeral of Padme Amidala on her home planet, Naboo, as seen at the end of Revenge of the Sith. However, “Resolve” actually draws most of its inspiration from EK Johnston’s novel “Ahsoka” (2016).

After Order 66, Ahsoka Tano (Ashley Eckstein) goes into hiding on a farming planet, but when her cover is blown, an Inquisitor known as the Sixth Brother (Clancy Brown) appears. While a brilliant episode, many fans have taken issue as it retcons elements of Johnston’s novel.

There are probably a huge number of Star Wars fans who would put “The Sith Lord” at the top of their ranking, but second place isn’t so bad. Once again, we’re in the company of Count Dooku, except this time we watch him from the point of view of another Jedi Master.

That Jedi Master is Yaddle (Bryce Dallas Howard), a character we’ve not seen since Star Wars: Episode I — The Phantom Menace (1999), during which she can be seen sat with the other members of the Jedi Council. Since then, Yaddle hasn’t been seen in any film or television show.

But now, she’s given center stage, as she discovers, in the wake of Qui-Gon’s death as seen in The Phantom Menace, that Count Dooku has been working with the Sith Lord, Darth Sidious (Ian McDiarmid). However, a confrontation leads to Yaddle’s death, and Dooku’s turn to the dark side.

Any moment that reunites us with both Anakin Skywalker and Ahsoka Tano at the same time is a wonderful thing, and “Practise Makes Perfect” does just that, focusing on Ahsoka (Ashley Eckstein) as she practises a wildly entertaining simulated drill against a group of clones.

Anakin Skywalker (Matt Lanter) has prepared some near-impossible training for his Padawan, which sees her being rendered unconscious by the clones time and time again. However, we’re reminded that this training is what ultimately allows Ahsoka to survive Order 66.

As seen in The Clone Wars finale, “Victory and Death”, Ahsoka and Captain Rex (Dee Bradley Baker) are able to escape the rest of the clones. And “Practise Makes Perfect” revisits this moment, which will enrichen your experience of The Clone Wars finale upon your next viewing.

How would you rank all the above episodes? Let us know in the comments down below!