Forget 'The Star Wars Holiday Special' - All You Need For Christmas Is This 'Clone Wars' Episode! - Inside the Magic 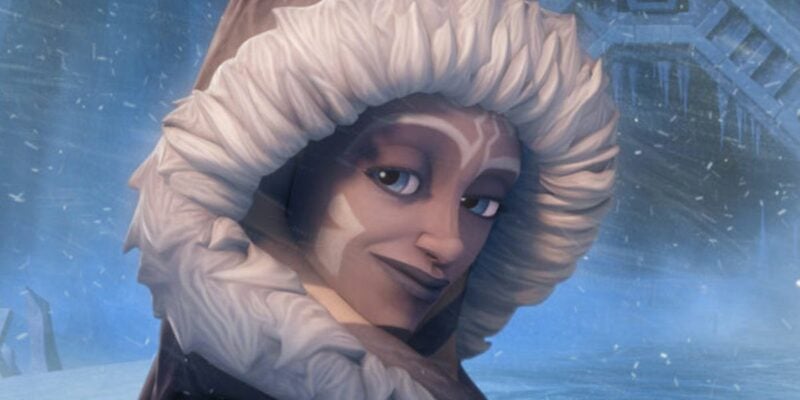 When it comes to Star Wars and Christmas, there seems to be only one festive entry in the franchise — The Star Wars Holiday Special (1978). It’s hardly at the top of everyone’s list, though, as it’s widely considered a laughing-stock, and is in no way canon with the wider franchise.

Related: Will Yaddle Return In ‘Star Wars: Tales of the Jedi’ Season 2?

In terms of anything canon, though, finding something to lift your Christmas spirits can be a little tricky. Star Wars: Episode V — The Empire Strikes Back (1980) might just be the only option, seeing as it’s set on the snowy planet of Hoth. But “there is another”…

While in no way a Christmas special, the critically acclaimed animated show Star Wars: The Clone Wars (2008) does offer an episode that feels oddly festive in parts, and that episode is Season 4’s “A Friend in Need” (it even sounds quite festive, which is unintentional).

Like Hoth, Carlac’s surface is covered in deep snow, and as such, we find Ahsoka, who is accompanied by everyone’s favorite droid R2-D2, sporting some very trendy winter gear (so trendy that it has inspired new lines of Clone Wars-themed winterwear here in the real world).

This episode is the first time we meet Bo-Katan Kryze (Katee Sackhoff), member of Death Watch (although she doesn’t remove her helmet until later on in the series). There’s some fun interaction between Bo-Katan and Ahsoka, while the Togruta Jedi even shares a kiss with Lux Bonteri!

But while there are some very dark moments in this episode (we never once suggested this was Hallmark-worthy), its wintry setting might find you enjoying a cup of hot cocoa as you toast your feet by the fireplace, while wishing you had Ahsoka’s winter coat hanging on the rack!

As per Disney+, here’s the synopsis for Star Wars: The Clone Wars:

Will you be watching “A Friend in Need” this Christmas? Let us know in the comments down below!

Comments Off on Forget ‘The Star Wars Holiday Special’ — All You Need For Christmas Is This ‘Clone Wars’ Episode!