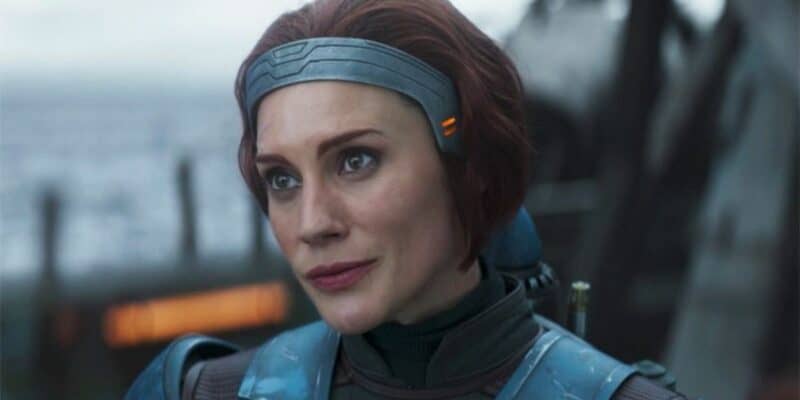 There are probably a lot more live-action Star Wars TV shows on the horizon that Disney and Lucasfilm have yet to announce. While Obi-Wan Kenobi (2022), Andor (2022), and Ahsoka (TBA) are next up, with nothing else on the cards, it’s unlikely that the television side of the Star Wars universe will end anytime soon. After all, the shows have been incredibly successful.

If, however, they’re running low on ideas for Star Wars TV shows, then we have a few up our sleeves, one of which involves Bo-Katan Kryze (Katee Sackhoff) headlining her own show! Bo-Katan was brought to life in live action in The Mandalorian Season 2, having previously appeared in animated shows Star Wars: The Clone Wars (2008) and Star Wars: Rebels (2014).

So move over, Din Djarin and Boba Fett — we think it’s time for Bo-Katan to star in her very own live-action Star Wars TV show, and here are seven reasons why!

7. She’s One of the Best Characters In The Clone Wars

When we think of The Clone Wars, the one character who comes to mind is Ahsoka Tano (Ashley Eckstein). And there’s no surprise, because she’s one of the show’s leading characters, alongside Anakin Skywalker (Matt Lanter) and Obi-Wan Kenobi (James Arnold Taylor).

However, while Bo-Katan doesn’t get even half as much screen time as the Jedi, she is no less memorable. A member of the Mandalorian terrorist cell Death Watch, who ends up helping Ahsoka to defeat Maul (Sam Witwer), she is one of the most interesting characters in the show.

6. She Doesn’t Get Enough Screen Time

Despite the fact that Bo-Katan is one of the best characters in The Clone Wars, unfortunately, as she appears in only nine episodes, she doesn’t get as much screen time as we’d have liked. While the show makes great use of her, the impression she makes on us simply leaves us wanting more.

Fortunately, we see her again in Rebels, and while it’s only for the two-parter “Heroes of Mandalore”, it’s great to see Star Wars continue to utilize this solid character. Here’s to hoping she will make a return in Star Wars: The Bad Batch (2021), which is due a second season.

5. She Has a Rich Backstory

As we learned from The Book of Boba Fett (2021) episode “The Return of the Mandalorian” alone, Bo-Katan has a very rich history within the Star Wars universe. It was even previously touched upon in The Mandalorian Season 2 episode “The Heiress” — her first appearance in live action.

In “The Return of the Mandalorian”, we learn from the Armorer (Emily Swallow) that Bo-Katan Kryze is “a cautionary tale”. Having previously been gifted the Darksaber and not earned it through combat, she was viewed as something of a fraudulent leader of Mandalore.

4. “The Heiress” Was a Great Introduction

The Mandalorian Season 3’s “The Heiress” is a great introduction to the live-action version of Bo-Katan. Not only was it a huge surprise to see the character show up to help Din Djarin (Pedro Pascal) and Grogu, but seeing Katee Sackhoff reprise her role was an added bonus.

Katee Sackhoff voices the character in The Clone Wars and Rebels, and seeing her don the armor in the real world brings a level of consistency we don’t get with many other Star Wars characters. She also has some awesome lines in the episode, such as, “He didn’t kill your brother — I did.”

3. She Is Morally Ambiguous

The Clone Wars is full of interesting characters, some of them bad, some of them good, and some who operate in a bit of a grey area. Enter Bo-Katan Kryze, member of the terrorist cell Death Watch, whose section is known as the “Nite Owls” (a great name for a Bo-Katan TV show).

While Bo-Katan does become one of the good guys by the time The Clone Wars ends, she has a lot to gain from helping to remove Maul from power on Mandalore. It will also be interesting to see how The Mandalorian Season 3 handles her conflict with Din Djarin over the Darksaber.

While Ahsoka (TBA) will of course be a female-led live-action Star Wars TV show, by the time it arrives on Disney+, we’ll have had four male-led shows in the form of The Mandalorian, The Book of Boba Fett, Obi-Wan Kenobi (2022), and Andor (2022).

As such, Disney and Lucasfilm may wish to bring balance to the Force a little, and a Bo-Katan TV show would be a great follow-up to Ahsoka. Naturally, the show could even cross paths with Ahsoka, especially given the solid relationship between the two characters.

1. Katee Sackhoff Can Hold Her Own

Fans of Katee Sackhoff will know that Bo-Katan Kryze isn’t the first time she’s donned armor and fought among the stars. The actress’ first leading appearance came in the form of the critically acclaimed TV show Battlestar Galactica (2004), which has become a beloved cult classic.

In the show, Sackhoff plays Kara “Starbuck” Thrace, a “raptor” pilot who, along with her Earthbound fleet of human refugees, battles an artificially intelligent race known as the Cylons. While she’s one of many main characters in the show, she gets a ton of screen time.

The Clone Wars, Rebels, and The Mandalorian are currently streaming on Disney+, along with many other Star Wars TV shows.

Obi-Wan Kenobi starts streaming on Disney+ on May 27. Here’s to hoping we’ll get to see a de-aged Katee Sackhoff reprise her role as Bo-Katan!

Would you like to see Bo-Katan star in her own Star Wars TV show? Let us know in the comments below!