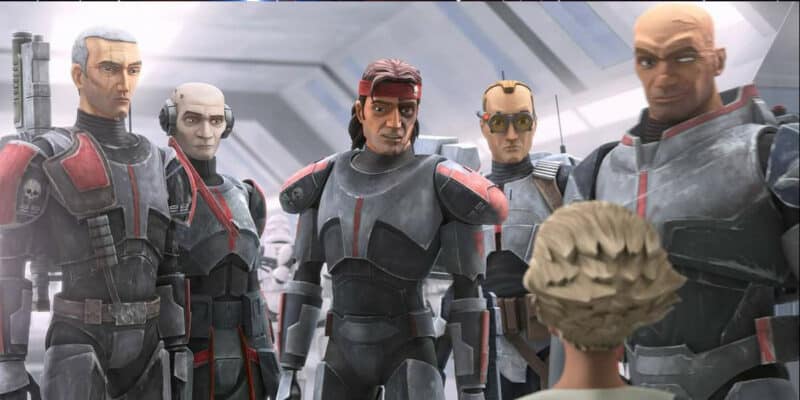 Fans should prep themselves to see some well-known characters returning to the Star Wars universe.

After The Mandalorian Season 2, it became clear that the Star Wars galaxy might be vast and full of hundreds of characters, and some of them are bound to show up in newer projects. Temuera Morrison’s Boba Fett appeared, Luke Skywalker and R2-D2 showed up, Bo-Katan had a cameo, and Rosario Dawson’s Ahsoka Tano made a surprise appearance in the second season.

Now, fans love cameos. Just like Marvel, Star Wars benefits a lot from bringing other iconic characters into certain stories, and these moments usually work very well. With The Mandalorian, Din Djarin has become a small celebrity knowing so many well-known characters, and he’s bound to meet a few more if Season 3 continues the trend of cameos.

With Diego Luna’s Andor, Tony Gilroy clarified that his series wasn’t about fan service. He didn’t want fans to believe that just because his story was set right before Star Wars: Episode IV — A New Hope (1977), his story would be about bringing all the cool rebel heroes into one series to take down the Empire.

Instead, he presented a thoughtful and intricate story about what Rebellion looks like when facing something like the Galactic Empire with vast resources. Star Wars can thrive with or without cameos, but Lucasfilm has already promised that their next project set to debut in January, will have some neat surprises in store for fans.

When talking to IGN in an interview, Brad Rau shared that fans should be ready to see some more iconic characters appear in The Bad Batch Season 2 since the series has already teased Gungi, Palpatine, and Rex:

“We definitely have some. We are always very careful when we talk about this, but you can see in the trailer it’s so cool to have Cody back. And seeing him in animated form is so awesome.We have Gunji the Jedi. We have Palpatine. Incredible! I am not going to say much more than that. But anytime we can bring in characters like that it’s so exciting in the writer’s room. And as we design the characters, as we talk about all the different details to these stories together it’s really fun when we have those extra action figures  to play with.”

Rau continued by sharing what to expect from Clone Force 99 with their new dynamic after Season 1:

“I mean like Jen said, living gig to gig is pretty much it. They are trying to clearly stay off the Empire’s radar while the ‘space dads,’ quoting Jen from earlier, as raising Omega, and she’s kind of raising them too. It’s this weird dynamic among all of them.”

With The Bad Batch set a few years after Season 1, it makes sense that the team will continue to grow and evolve into a family, as Omega is going to stay with the squad, and they can all continue to learn from each other. With the Empire hunting them and the days of fighting the Separatist long gone, The Bad Batch will have an interesting story to tell with so much possibility as characters like Cal Kestis, Yoda, Kenobi, Han Solo, Ahsoka, Commander Wolffe, etc. could appear in the story.

Who do you think will show up in The Bad Batch Season 2? Let us know in the comments section below!