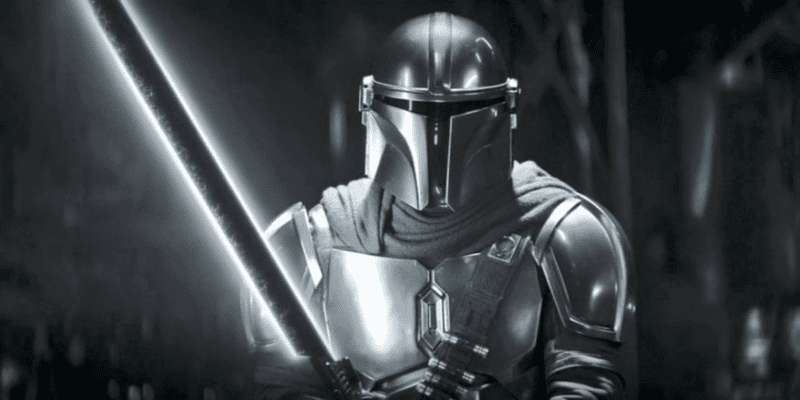 A new Star Wars series is rumored to dictate what will happen in The Mandalorian Season 4.

This new series is Skeleton Crew which fans may have a few details about here or there, but the series is going to have Jude Law starring with a crew of lost children. While fans might know a lot about the Star Wars galaxy, Lucasfilm wanted to throw fans into uncharted territory in a new place rumored to be called “The New Beyond,” or “New Space.”

On their adventure, Making Star Wars claims that their sources agree that Rosario Dawson will have a cameo as Lucasfilm continues to interconnect the different projects in the “Mandoverse” as they reportedly collide for a huge crossover event. Star Wars is already telling fans how Ahsoka finds Ezra and Thrawn after they disappeared in the Star Wars: Rebels Finale.

Thrawn is one of the biggest villains in Star Wars history who will now make his live-action appearance in Ahsoka if the rumors are true. His intellect and determination make him very dangerous as he could bring the Empire back as a major threat against the New Republic if they aren’t careful.

Skeleton Crew will apparently tie into The Mandalorian as well as the crew will cross paths with Din Djarin in Season 4 after his adventure with Mandalore. This story is still top secret, but it seems that Star Wars is really pushing forward the idea of Din Djarin leading the way for a big moment with Thrawn as the villain.

Related: Jon Favreau Might Jeopardize ‘The Mandalorian’ With Too Many Cameos

Fans will be excited for larger moments in Star Wars as some of Disney’s current slate of projects don’t offer the same grand-scale conflict that the movies or animated projects offer. The Disney+ series have been pretty minor stakes, with The Mandalorian just starting to get bigger and bigger.

Ahsoka has a real chance to raise the stakes, and it seems that Ahsoka Tano, the Skeleton Crew, and Din are going to be working together to stop Thrawn, which is an odd team-up, but Lucasfilm believes it will work so we can hope that it will.

Are you excited about a big Star Wars crossover in the future? Let us know what you think!