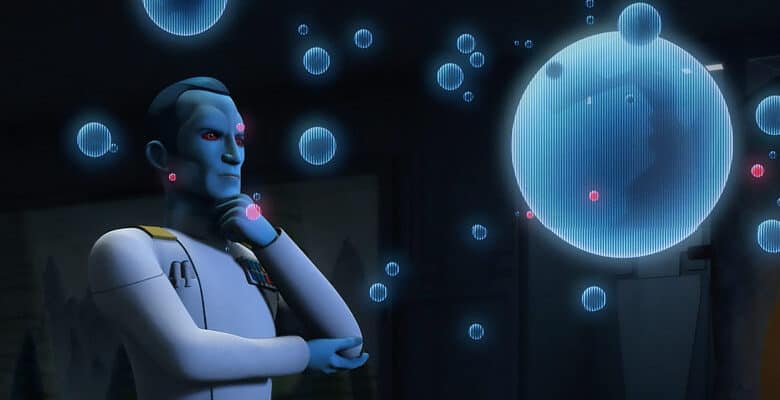 Grand Admiral Thrawn is one of those villains that will eventually be on the big screen, and fans are waiting in anticipation for any news regarding the character. Thankfully, a new update provides some comforting news for who might play the Grand Admiral.

A Chiss working in the Galactic Empire is rare because most Imperials were xenophobic, and that’s why you see several officers with British accents to indicate that the Empire wasn’t fond of other people joining their ranks. Thrawn was the exception, as his intelligence would’ve ended the Rebellion if Ezra Bridger didn’t use the Purrgil to take Thrawn and himself away from everyone else.

Now, Ezra has been missing for years, and the Ahsoka series will finally reveal what happened to both characters as Rosario Dawson’s Ahsoka Tano embarks on her quest with Natasha Liu Bordizzo’s Sabine Wren to find their friend.

For a long time, fans heard from a previous report that Lars Mikkelsen would be starring as Thrawn, with Alladin star Mena Massoud playing Ezra. San Diego Comic-Con debunked this report after confirming Eman Esfandi as the lost Jedi.

Many actors had been rumored to play Thrawn, but Lars Mikkelsen had already voiced the villain for Star Wars: Rebels, and his performance was legendary. Unlike other villains, Thrawn’s voice is one of the most significant parts of his character, as his dialogue is unique and must be presented in a certain way.

Another actor could take a stab at the role and pull it off, but having Lars makes it a lot easier for fans since they have already gotten used to his take on Thrawn, and he knows the character after voicing him for several years.

Thankfully, a new report from Bespin Bulletin cites several production members claiming that Mikkelsen is still the actor to play the Grand Admiral. He will reportedly be in his iconic white Imperial suit for the series, leaving little room for his character design to change. Instead of going to the sound booth, it seems that Mikkelsen will get the honor of playing his character in live-action, even if it means he has to spend hours in the makeup chair.

Other actors don’t get that opportunity, as Ashley Eckstein has only voiced Ahsoka Tano while Rosario Dawson has voiced the role. Fans are very eager to hear more about the series, but fans will have to wait until 2023 to see the series.

Do you think Mikkelsen will play Grand Admiral Thrawn?