Rian Johnson Can't Get Over 'The Last Jedi', Now Wants to Create New 'Star Wars' Series - Inside the Magic 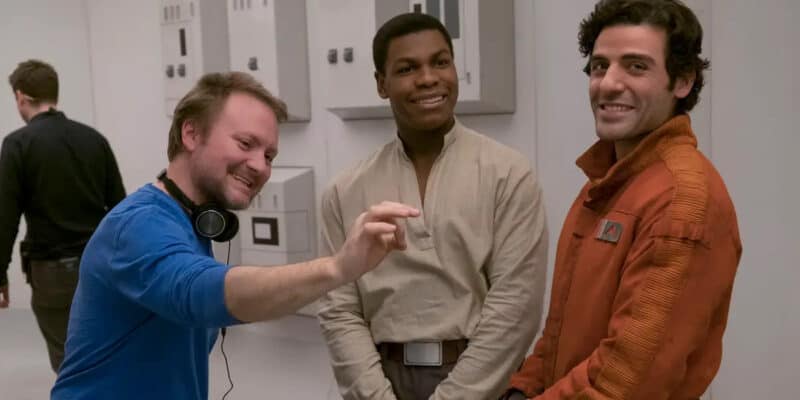 Rian Johnson continues to share that he has new ideas, and this one he wants on Disney+.

Unlike other directors, Rian Johnson is deeply happy with his experience with Lucasfilm despite creating one of the most controversial Star Wars movies of all time. To this day, Star Wars: Episode VIII — The Last Jedi (2017) is the movie that broke Star Wars fandom.

After seeing Mark Hamill’s Luke Skywalker turn into a broken man who gave up the force and the Jedi Order, fans felt betrayed, while others saw beauty in its boldness. Now, the Sequel Trilogy is over, and Lucasfilm hasn’t touched the era at all.

This huge time gap allows Lucasfilm to explore different stories and expand on Luke Skywalker’s life before he gives up on the Jedi Order. Already, fans are enthralled with this era of Star Wars and love almost every project set during the time period.

Related: Guest Kicked Out of Exclusive ‘Star Wars’ Bar For Asking Too Many Questions

Since Star Wars: Episode IX — The Rise of Skywalker (2019), fans haven’t received another Star Wars movie. Lucasfilm is reportedly scared of messing up and creating another mess like the Sequel Trilogy, which is why all of their next projects have taken additional time to make sure everything is up to their new standards for storytelling.

So Disney+ has filled the gap with new Star Wars projects such as Obi-Wan Kenobi, Andor, The Book of Boba Fett and, The Mandalorian. Star Wars has had great success with every release, as fans have loved most of what Lucasfilm has done with these projects.

Rian Johnson wants to join the club as he has several Star Wars ideas, but only one that is perfect for television:

Rian Johnson says he’d be open to making a Star Wars TV show: “I I had an idea that I was excited about, that worked better as a show than a movie, I’d do it that way. Making The Last Jedi was the best experience in my life, so I should be so lucky.” (Source: THR)

“I I had an idea that I was excited about, that worked better as a show than a movie, I’d do it that way. Making The Last Jedi was the best experience in my life, so I should be so lucky.”

While fans might not know what to expect from Rian Johnson’s show, it would probably be one of the more interesting stories to enter Star Wars. If Johnson was allowed full creative control over his project with an entirely new cast of characters, his story might just be worth watching.

The Last Jedi failed before it hit theaters due to the hype creating a bar that Star Wars could never meet. Now, Johnson takes all the blame and wears it with pride as he loves his contribution to the Star Wars universe. If anything, the director is still up to directing another couple of movies for the franchise, and if his schedule works out, he might get the chance to change the Star Wars universe again, and hopefully, it won’t be as controversial with the second movie.

Would you watch a Star Wars Disney+ series by Rian Johnson? Let us know what you would do!

Comments Off on Rian Johnson Can’t Get Over ‘The Last Jedi’, Now Wants to Create New ‘Star Wars’ Series