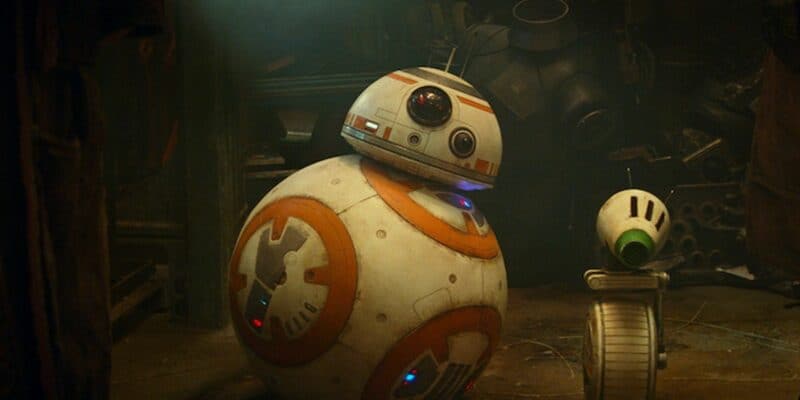 Lucasfilm might love announcing several Disney+ series and new comics and books, but they are terrified to release another Star Wars movie.

After the Sequel Trilogy, Lucasfilm understands that their next movie has to be good and earn back the fans’ trust. With JJ Abrams and Rian Johnson fighting over where to take the trilogy, fans were left with a messy narrative that retconned and backtracked more than anything else.

Ian McDiarmid’s return as Emperor Palpatine couldn’t save the franchise after his role in Star Wars: Episode IX — The Rise of Skywalker (2019). Palpatine might appear in almost every project ever since then, but fans are more invested in the animation series or Pedro Pascal’s Mandalorian than see another Star Wars film helmed by Kathleen Kennedy.

This doesn’t mean fans don’t miss going to the theaters to watch Star Wars. Rogue One: A Star Wars Story (2016) was an instant hit for fans and Disney, proving that fans want more movies with great stories. Lucasfilm is reportedly scared they won’t be able to do a Star Wars film that’ll please fans after their track record with the Sequel Trilogy.

This is why movies like Patty Jenkins’s Rogue Squadron were shelved, as they ran into too many problems for Lucasfilm. Lucasfilm has confirmed several Star Wars films in the works, with no actual production schedule as the company wants to take their time “getting it right.”

According to industry insider Matthew Belloni, Lucasfilm and Kathleen Kennedy have created very high standards for their next movie that might actually hurt the movie’s quality. The report follows how Kathleen Kennedy’s previous action with the Sequel Trilogy left a bad taste for the company’s future as she led Star Wars in various directions without a clear idea of what the next couple of movies should do:

From jettisoning most of original writer Michael Arndt’s ideas and essentially remaking A New Hope with The Force Awakens, to freaking out and bringing back director J.J. Abrams and the villainous Emperor for Rise of Skywalker after some fans complained about Johnson’s mythology-busting choices in Last Jedi—choices that Kennedy had enthusiastically supported… right up until she didn’t.

The report continues that these decisions have left fans expecting a lot more from Lucasfilm after ensuring that the movie would take longer to ensure it’s the right story to tell, leaving the company with unsatisfied fans waiting for the next feature film to re-introduce fans to Star Wars on the big screen after finishing the Skywalker Saga:

Disney essentially has to re-introduce Star Wars while Star Wars is also constantly on television. This is a very tough task—or a very big hole she has dug for herself, depending on your perspective—far tougher than simply saying yes to these D+ series.

This December was supposed to be the first movie with Star Wars back on the big screen, and now fans will have to wait until at least 2025. Damon Lindelof’s Star Wars movie may take the spotlight, but nothing is certain. Lucasfilm has done great with television only because it’s the only medium they have invested in making live-action series for in the past 3 years.

Now, not all of their series have the same quality — looking at you, The Book of Boba Fett and Obi-Wan Kenobi — but The Mandalorian and Andor have become instant wins for Star Wars. Andor is currently streaming a new episode every week and revealing new angles of the Empire and Rebel Alliance to fans, and the animation department releases projects for fans, such as The Bad Batch, Tales of the Jedi, and Star Wars: Visions.

All of these projects continue to place more anticipation on the next Star Wars movie because fans are excited to go back to the theaters, but it’s fair to say that Lucasfilm may have doomed themselves. Just like Star Wars: Episode VIII — The Last Jedi (2017), Lucasfilm might have allowed fans to get too excited about their future projects that their next movie might fail to live up to fan’s expectations because the movie failed to be bold and go in a new direction.

After the Sequels, no fan wants to watch another project deeply rooted in fan service and nostalgia. It may have worked with Star Wars: Episode VII — The Force Awakens (2015), but it can’t work for every movie. Star Wars movies can go in many directions, but fans need something soon, or else Lucasfilm will doom any chance of any good project gracing the big screen again.

What are your thoughts on Lucasfilm being scared of their next theatrical release? Let us know what you think!