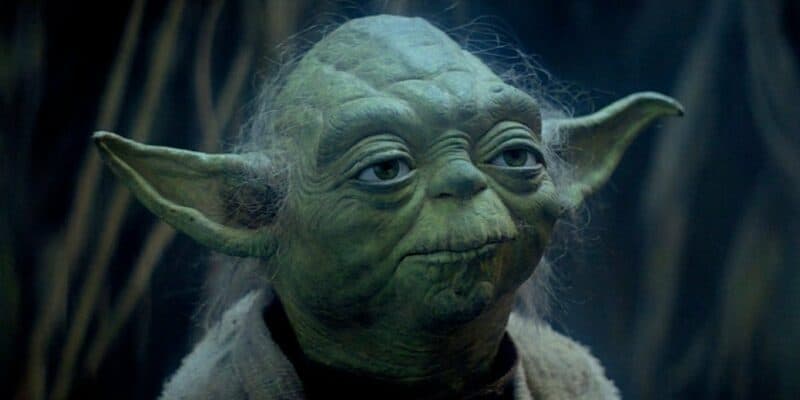 After Tales of the Jedi was released with Master Yaddle speaking like an average person, fans were confused, so Dave Filoni clarified why Yoda is so unique.

In Episode 4: “The Sith Lord,” Master Yaddle struggles to decide which side she is on as she sees her friend Dooku and the Jedi Council slowly distancing away from each other. After Qui-Gon’s death, Dooku goes to the Dark Side, which is why Yaddle (voiced by Bryce Dallas Howard) tries to reason with him.

Yoda has always spoken in riddles and confused those who listened to them, but Filoni shared that there was quite a lot of time spent thinking about how to represent Yaddle compared to Yoda. It was a big decision because sooner or later, Grogu would speak, and Filoni’s decision would determine how “Baby Yoda” would talk in The Mandalorian.

In an interview with Nerdist, Filoni revealed that he had to ask Howard to come and voice Yaddle and promised that it wouldn’t be a long commitment as he had to kill the character off — Yaddle was gone from the Jedi Order by the start of Star Wars: Episode II — Attack of the Clones (2002):

“Bryce is a big fan of what we’ve done in animation over the years. I’d love to get her to direct something in animation. She loves Star Wars, she knows the world well. We’ve been in it together now for a while. I always see that first season of Mando with Bryce, Rick [Famuyiwa], Deb [Chow], and Taika [Waititi]—we were all working so much together simultaneously, and we have a first year bond. So, we’re always seeing each other and showing each other stuff. And I started working on these, and I thought, ‘Hey, you should do the voice of Yaddle. It’d be really fun. It’s not like a massive commitment, obviously, because I’ve got to kill her…’”

This led to Howard going all in on voicing the role, which led to them having long conversations about whether or not Yaddle would say things backward and made his decision based on what he remembered Frank Oz sharing his thoughts on Yoda a few years earlier:

“Does she speak backwards? I’m like, ‘No, I don’t think so. I think that’s a Yoda thing. Frank Oz told me once that Yoda speaks that way specifically in honor of his own master. That was what he had thought about it. I try to keep moving forward [with] these thoughts. And Bryce on her own made a great Yaddle.”

This led Filoni to keep Yoda to only speak backwards because his master did, which makes sense for several reasons. His master could’ve spoken in riddles based on their species or the common language several centuries earlier spoke like that, leaving Yoda to speak like everyone else.

Do you like this change? Let us know what you think!

Comments Off on Dave Filoni Reveals Why Yoda Speaks Backwards