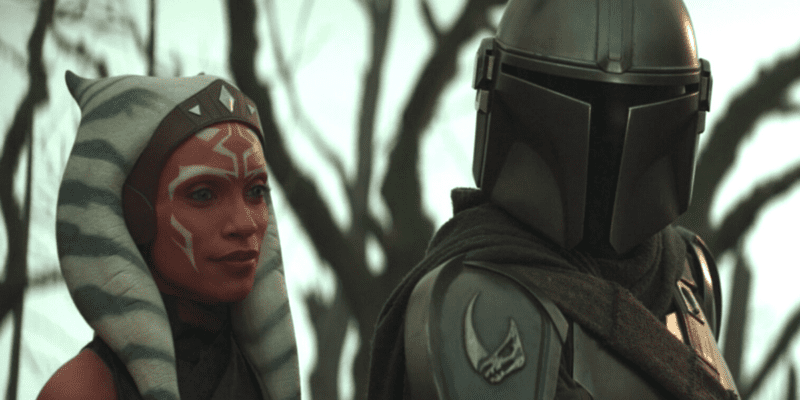 Jon Favreau might bring some unexpected characters into The Mandalorian with an unexpected crossover.

After seeing Katee Sackoff’s Bo Katan and Rosario Dawson’s Ahsoka Tano, fans knew that The Mandalorian couldn’t back away from crossing over with other well-known characters in the Star Wars universe. The Mandalorian Season 3 promises to get even bigger as Pedro Pascal’s Din Djarin travels to Mandalore to prove his right to be a Mandalorian.

As The Mandalorian Season 3 wraps up with post-production, Favreau has been writing a new script for Season 4 and in a recent interview with Entertainment Weekly, he teased that Jude Law’s Skeleton Crew might crossover with The Mandalorian:

“…So to have this young, Amblin-feeling movie with young people seeing it for the first time, who grew up in the Star Wars world, and are exposed to adventure, the puppets, the costumes, the visuals, the world that’s being expanded upon. And now, I get to write the next season of The Mandalorian with all these new characters, and new locations, and new creatures, so it just keeps adding more and more, and so, where there’s this cohesive group of stories that are being told thanks to all these filmmakers that are contributing.”

It’s hard for fans to be excited because other than Jude Law, fans know nothing about Skeleton’s crew cast and how it could connect to The Mandalorian. A group of children showing up for an episode of The Mandalorian might be a little odd for several fans due to how the tones for both shows will probably be very different.

With Jon Watts working on the series as it is currently in development, Skeleton Crew might release late 2023 which would make 2023 the year with the most content. So far, fans will The Bad Batch Season 2 in January, The Mandalorian Season 3 in February, Ahsoka releasing sometime later with Skeleton Crew after that. That’s a lot of Star Wars content and fans should be excited.

Are you looking forward to this crossover? Let us know what you think!