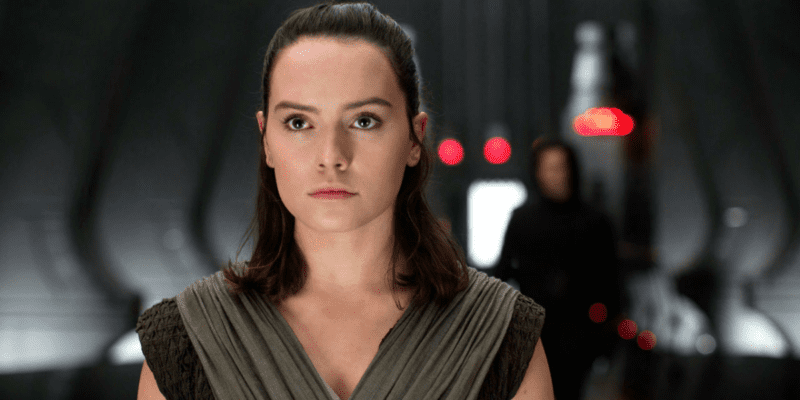 Could Rey (Daisy Ridley) be on her way back?

When the credits rolled on Star Wars: Episode III – Revenge of the Sith (2005), audiences everywhere cheered, or wept, for one reason or another. The saga that began back in 1977 had concluded: the pieces were in motion for Star Wars: Episode IV – A New Hope (1977), Obi-Wan (Ewan McGregor) stood guard, as Owen (Joel Edgerton) and Beru (Bonnie Piesse) stood on the ridge with their nephew, looking at the same sunset he would be gazing off into 19 years later. Still…there are always those who asked, “but what happened after?” After Star Wars: Episode VI – Return of the Jedi (1983), after The Empire had toppled, Darth Vader (Sebastian Shaw) was redeemed and our heroes were victorious?

In October of 2012, Disney purchased Lucasfilm, and George Lucas handed the reins over to a new generation of storytellers, who had in mind that very question, and three short years later, Star Wars: Episode VII – The Force Awakens (2015) hit theaters, and is, to this day, the fourth highest grossing movie of all time. Audiences were introduced to Finn (John Boyega), a stormtrooper who runs away from The Empire’s successor, The First Order, Poe Dameron (Oscar Isaac), a confident and able Pilot with The Resistance, and Rey (Ridley), a young woman from nowhere, who discovers her connection to The Force.

While initially exceedingly popular, the sequel trilogy soon flagged, even after the return of fan favorite, Luke Skywalker (Mark Hamill). Audiences did not respond as well to Rian Johnson’s Star Wars: Episode VIII – The Last Jedi (2017) as they had The Force Awakens, and the sequel, Star Wars: Episode IX – Rise of Skywalker (2019) garnered even worse reviews. Those responses caused a fair amount of fallout in the world of Disney/Lucasfilm: Rian Johnson’s promised trilogy was shelved, along with most future plans involving the sequel trilogy. Most, but not all. Star Wars: Galaxy’s edge at both Disneyland and Disney World is themed around the sequel trilogy, and there have been numerous references in The Mandalorian (2019) to the world of Rey (Ridley) Finn (Boyega) and Poe (Isaac).

Another such reference could very well have dropped today. Daisey Ridley, who only just recently returned to social media, after suffering abuse during her tenure with Star Wars shared a picture in her story on Instagram: a no context picture of a famous statue of Jedi Master Yoda at Lucasfilm. Though she shortly followed this up that the visit was “nothing saucy”, and only a lunch, people aren’t often invited to lunch at a studio for no reason. With the success of shows like Andor (2022) and The Mandalorian (2019), and the new direction Star Wars has been heading in, it might be time for a redemption for the character.

If indeed the lunch invite was official, as well it could be, it would still be months before anything would be announced, and likely years before audiences saw any sort of project involving Rey (Ridley). With Disney having invested so much in both films, and theme parks centered around the sequel trilogy, it would make sense to bring back that IP, and, perhaps with someone like Jon Favreau or Dave Filoni at the helm, redeem the characters who still have so much potential within the Star Wars universe. Could we see Rey resurrect the Jedi Order? Time will tell!

Do you think Rey should return to Star Wars? Why or why not? Let us know in the comments below!