Everything About Bob Iger and 'Star Wars' - Inside the Magic 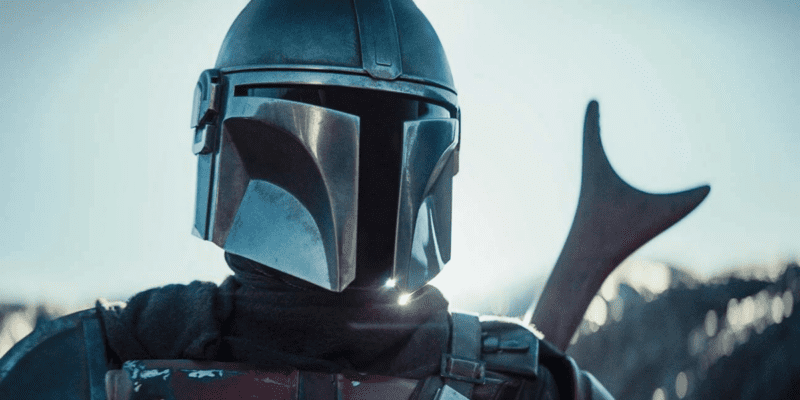 Bob Iger is back at Disney, and while everyone is happy to have him over Bob Chapek, some might forget what the Disney CEO has done for Stat Wars — good and bad.

Related: What Bob Iger Can Do to Turn Disney Around According to Walt Himself

Iger has a long history with Lucasfilm as he was the one who brokered the deal with George Lucas and persuaded him that Disney was the right company to sell Star Wars to. In the long run, Disney has done much with Star Wars, but they have failed to keep the fans’ trust.

With the Sequel Trilogy, fans aren’t ready to trust every Disney project as the company sometimes makes mistakes. With Star Wars: Episode VIII — The Last Jedi (2017), Star Wars managed to divide the fandom in half and created a division that still brings the worst in Star Wars fans out while discussing their favorite moments from the franchise.

Now, Bob Iger isn’t responsible for everything, but it’s essential to look over what Iger has been involved in as he will be running Disney and, in the end, making some important decisions for Lucasfilm and the franchise.

The Deal with George Lucas

Related: Favreau & Filoni Are Determined to Get George Lucas Onscreen In ‘The Mandalorian’

George Lucas was done with Star Wars. After the Prequel Trilogy brought a lot of hate to George Lucas, the famous director was tired of creating content for his audience. Having no faith in the franchise, Lucas was ready to sell Star Wars but wouldn’t let anyone have it right away.

Disney, of course, wanted Star Wars. Bob Iger knew that with Marvel and Star Wars under their umbrella, they would have the most lucrative projects. At first, George Lucas was unsure because he wanted to sell the company but retain complete creative control. Iger made it clear this wasn’t an option.

After leaving the deal twice, Lucas finally decided that it was best to serve as a consultant for Disney. Iger also got George Lucas’s scripts for a sequel trilogy to be considered, but not required to be used to create movies. After the deal, Iger turned his back on Lucas, never included him in any creative meeting, and left his scripts behind. Star Wars was forever changed, and George Lucas was betrayed and left with no control over his beloved franchise.

After taking Lucasfilm and Star Wars from George Lucas, Iger clarified that Star Wars needed to make the Sequel Trilogy and do it quickly. After 2012, it had been around seven years since Star Wars: Episode III — Revenge of the Sith (2005), and fans were eager to see something new for Star Wars.

The rest was history as JJ Abrams worked hard and created Star Wars: Episode VII — The Force Awakens (2015), and fans were blown away with nostalgia. The Sequel Trilogy helped break records, and people were eager to see more movies.  After the Sequels, Star Wars would create anthology movies focusing on other characters and telling their characters.

This led to fans whispering about potential movies for Yoda, Boba Fett, and Obi-Wan Kenobi. The first of these anthology movies was Rogue One: A Star Wars Story (2016) which explained how the rebels stole the Death Star plans and gave fans an amazing movie to cherish for years to come.

Unfortunately, The Last Jedi killed the sentiment toward Disney because some fans enjoyed the company’s content, but not as many people were happy with what Johnson did. This division seeped into every Star Wars project.

Disney couldn’t recover after The Last Jedi with Episode IX, which was even worse. Just as Palpatine somehow returned, fans were shocked and disgusted by what Disney did. The Rise of Skywalker led to Disney proving to fans the worst thing possible. They can’t handle creating a trilogy like George Lucas.

Instead of fans begging for Star Wars to be left alone, fans expressed for the creator who created the Prequel Trilogy to return and make things right. Lucas was finally wanted for what he did because the Sequel Trilogy wasn’t what fans wanted. Sadly, this era of storytelling was over. Lucas wasn’t coming back.

Iger and Kennedy made it clear from then on that Star Wars would tell stories but that the Skywalker Saga was finished. The idea of creating trilogies was in the past, as future movies might continue the story but won’t be limited to creating a story meant for three movies.

Then, Kennedy announced a slew of projects with a new vision to release Star Wars movies every other year and let Avatar return with a bang. After Rise of Skywalker, Lucasfilm would take years to make sure they got things right and release a movie in 2022. Iger left in 2020, right before the pandemic, but Lucasfilm continued forward, and when December 2022 arrived, there was no Star Wars movie in sight.

In fact, Star Wars didn’t even have a movie in the works that was confirmed for a release date. Instead, Lucasfilm had spent extra time with their projects and let the Disney+ series dominate Star Wars content, leading to The Mandalorian and Andor being created.

The Mandalorian was always destined to debut on Disney+, but not everything released was meant for the streaming platform. Series like Obi-Wan Kenobi was meant for theatrical release, but since Iger wanted no Star Wars movie to be made for a few years, the project was scrapped and remade into a six-episode series.

While fans got more screen time with Ewan McGregor, Lucasfilm originally planned to do a whole trilogy which is now something fans wish they could’ve got. With Disney+, Star Wars has created a new era away from the Sequel Trilogy, leaving fans with something new and exciting to watch.

This gambit, in the end, has been very successful, but some of the series planned for Disney+, like The Book of Boba Fett and Kenobi, prove that series with a lesser budget won’t do well for the franchise despite having high-profile characters. On the other hand, Andor proves that Disney Star Wars might do best making new characters and telling their stories unless they get a team that truly knows what to do best for more iconic characters.

Fans want to see characters like Obi-Wan and Anakin Skywalker return, but they don’t want their return to be full of wasted potential. If every adventure with Kenobi feels like it could’ve been better, fans won’t appreciate what Disney has done, leaving them with a worse reputation.

After Star Wars: Episode VIII — The Last Jedi (2017), it’s clear that Star Wars shouldn’t mess with iconic characters or face the threat of dividing fans again. With something like Star Wars, fans are willing to go to extreme measures to defend their opinions, including death threats and a lot of online hate thrown at Rian Johnson for ruining Luke Skywalker in his movie.

What This Means For the Future of Star Wars

Now, Bob Iger is here to stay and has learned a lot about handling Star Wars, but that doesn’t mean he will do better. Disney needs cash. A lot of it to make up for their losses. An easy solution for this is to double down and continue his original vision with a Star Wars movie every year. While this sounds good after having nothing hit the big screen in years, fans will only be happy if the movie isn’t a disaster.

If one of them is rushed or does something outrageous to an iconic character, Disney will have to deal with the backlash and suffer the consequences. Angry fans don’t buy merchandise. They don’t buy posters, spinoff stories in comics, or books to read later. They don’t want anything to do with the project.

Star Wars is more than a couple of movies for Disney. It’s a business model, and if a project is a disaster, there’s a good chance their other products will be affected. Getting money from movie tickets is one thing, but maintaining the trust of Star Wars fans is what keeps the franchise in good shape and profitable for Disney. Loads of money are invested in creating these projects, and if they don’t get their return, it becomes a dangerous game for Disney to continue.

Iger will have some tough choices, but fans can hope he will make the right one and save Star Wars from being doomed.

What are your thoughts on Bob Iger with Star Wars? Let us know what you think!

Comments Off on Everything About Bob Iger and ‘Star Wars’